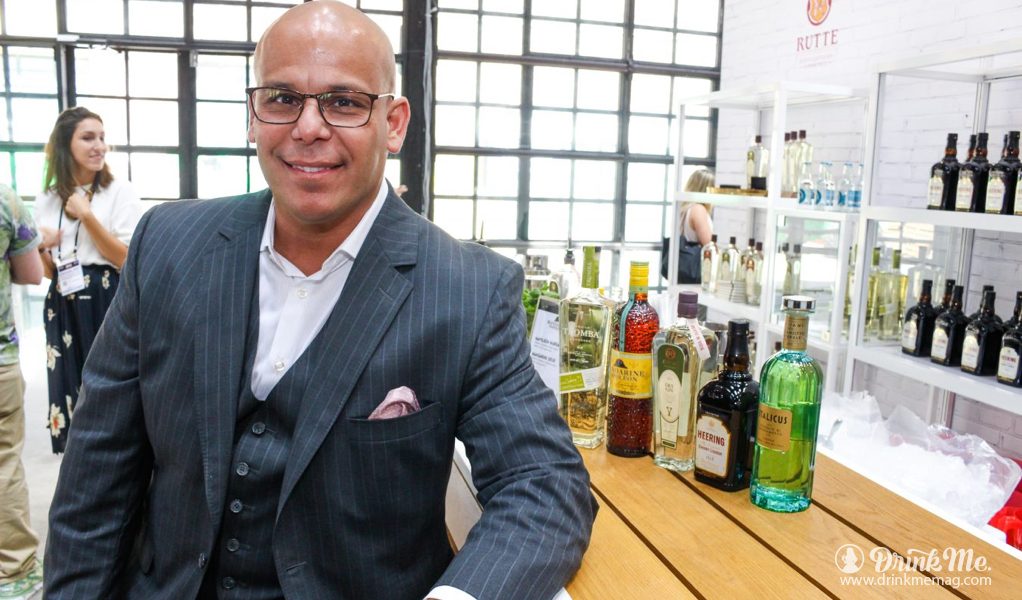 The average consumer has heard for years about the boom in Mixology—a movement that has had such profound impact on drinking patterns everywhere. But booms like these don’t happen by accident. They take vision…and they take money, too. They take coordinated will on the part of people who sell the bar lifestyle. These factors, for over a decade now, have come together in the rising Mixologist’s best friend: the spirits trade show. The average consumer does not attend—but when thousands of industry professionals get together in large convention spaces, when they set up booths, pour their wares for each other, encourage dialogue, foster formal seminars on key issues, the industry gets a jolt that, until the specifics of the next trade show, quivers throughout bars and bar consumers everywhere.

Tracking the rise of these shows sheds a little light on the industry.

Twenty-five years ago, wine was king of the land…and spirits trade shows, in their awkward genesis, were usually tied to the much more spotlighted wine industry trade shows.

The Wine and Spirits Wholesalers of America Convention is a good example of the mixology world piggybacking on the wine world, with cocktails et al. slowly merging into the wine lane.  The USA Trade Tasting event is another wine ritual that expanded in a mixological direction. And the granddaddy National Restaurant Show has long indicated another trade show path for spirits professionals: get in through the kitchen door!

Now in America, is the rise of BCB: Bar Convent Berlin, in Germany…an equally impressive but more manageable show. BCB debuted in 2007, and, today, is considered one of the world’s biggest trade shows in spirits…But the success of BCB also has to do with another kind of uniting: it concentrates an entire industry under one roof, which covers, as one journalist reports, “a football-field-size train hall.” 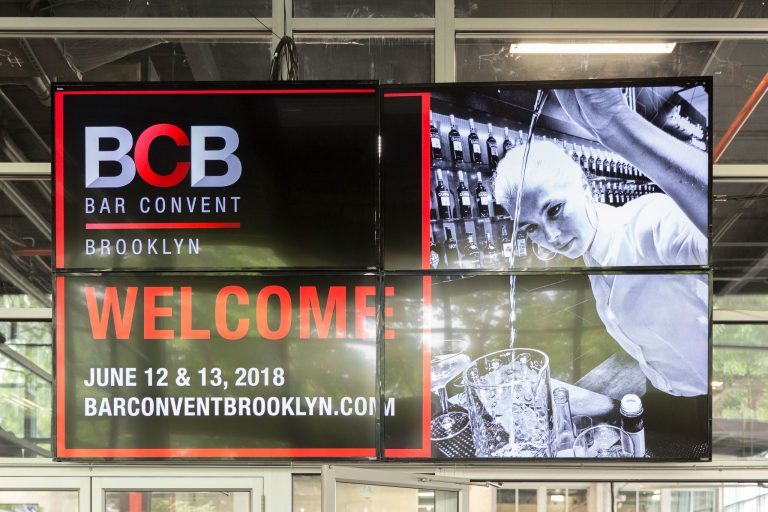 To me, the connection of BCB in Berlin to millennials is one of its main footprints. Don’t forget that Berlin is a city that worships Brooklyn, and its millennials; on my last visit to Berlin, I saw photographs of the Brooklyn Bridge in many a coffee shop! So, it isn’t a coincidence that when BCB decided to make its first international expansion…they picked Brooklyn as the site!  And they nimbly flipped the meaning of the initials: Bar Convent Berlin became Bar Convent Brooklyn!

It debuted last week, at an exposition center in Greenpoint, not far from the Ground Zero of millennials, Williamsburg. And I would say that Bar Convent Brooklyn is practically a Millennial Woodstock! 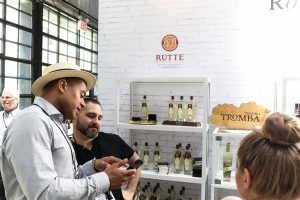 The preponderance of 30-year-olds in the crowd is striking. It was hard to find a man without a pointy beard, or a woman in a short-sleeve shirt showing her tatted arms. Millennials…mixology…modems! The third M was also a major presence—in every form, from computer tables set up on the trade fair floor, to computers conspicuously with wires (as in the prophetic film Brazil), run amok across the operations of the exhibits.

But even more to the point—was the spirit of fresh, youthful creativity that pervaded the show. This was no stuffy trade show, with one cookie-cutter booth after another; colors, ideas, unusual configurations came screaming at you as you walked the floor. It was practically trade-show-as-performance art.

I loved the painted imagery on the wall of the Bebo booth of a tropical hummingbird. Next to what was ostensibly the bird’s original cage, standing tall in three

dimensions. It only lacked a hummingbird—but a few shots of Bebo and you could imagine it. What is Bebo? A new coffee liqueur of course, debuting right now from the Royal Dutch Distilling Company. Going conceptual, they decided to emphasize the Cuban-ness of it all. “Bebo” was an old-timer Cuban who owned a bar in Havana—where he kept his caged hummingbird and offered a Cuban coffee liqueur. Royal Dutch—whose Master Distiller, Myriam Hendrickx was once married to a Cuban—fought the international trade structures and came up with a way to acquire super-high-quality coffee beans from the mountains of Cuba; they simply cannot get into the U.S. otherwise. But these beans are shipped to Holland, roasted, and turned into Bebo—the most delicious coffee liqueur I’ve ever tasted, only moderately sweet, with an astonishing taste of quality coffee, and the smokiness of the roast. 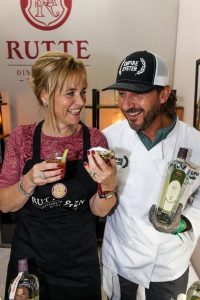 Royal Dutch Distillers is fanatic about the modern idea of cocktails-with-food—and in partnership with Kevin Joseph’s (New York’s premier artisanal oyster provider with Empire Oyster) put on a shuck-like-crazy oyster bar, with molecular gastronomy highlighting a process of reverse osmosis to create a delicate membrane around a spirit and in this case with Rutte Old Simon Genever Spirited Pearls with Grated Horseradish Pearls and Rutte Celery Gin with Celery Leaf Spirited Pearls.

Once again…oysters are another icon of the Millennial revolution.

The perfect Millennial trade show, of course, also throws the spotlight on rock-star mixologists. The Cognac house of Hennessey was there in full regalia, with its 8th-generation master blender, Renaud Filloux de Gironde, in attendance. But he wasn’t the rock-star mixologist at this booth. Oh, no…there were EIGHT! To please the crowd, Hennessey enlisted eight top bartenders, from across the U.S.A., to “create bespoke recipes that give a nod to the 200th anniversary of Hennessy V.S.O.P Privilege.”

At Bar Convent Brooklyn, it was impossible to walk three feet without discovering imagery rich in Millennial desires and fantasies. And that makes me sure that the show will be back in Brooklyn next June. The Millennials will be one year older…but they’ll still be Millennial’s!

5 Out-of-the-Box Ways to Use Rosé 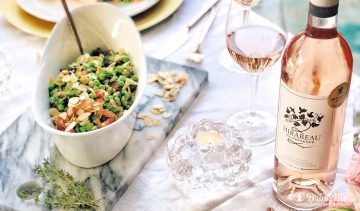 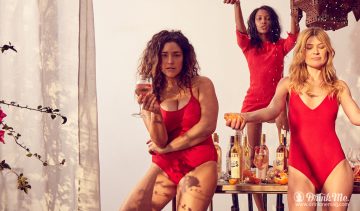 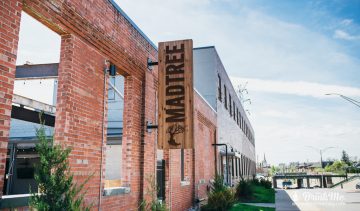 Next post Mirabeau Étoile Rosé 2017: Reach for the Stars