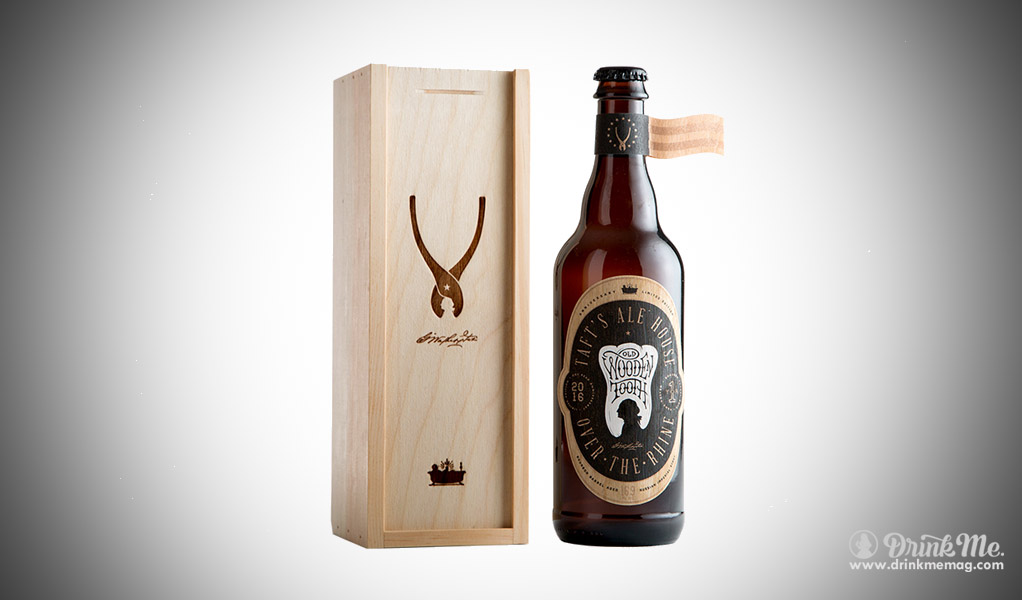 Taft’s Ale House in Cincinnati has only been open one year, so how are they already releasing an anniversary limited edition Russian Imperial Stout aged over one year in bourbon barrels? The answer is confidence and positive thinking. The brewery, named for President William Taft and housed in an 1850-erected former Evangelical Church, takes pride in its historical origins. This Imperial Stout was named for George Washington, nicknamed “Old Wooden Tooth” because of the wood grain-like facade his ivory choppers took on after fine cracks in their surface became stained due to George’s fondness for red wine and dark beer. Fortunately with advances in the dental industry today you can sip your stout at ease, due to be released with much fanfare in Over the Rhine, Cincinnati on a most esteemed occasion to sip beer in America throughout modern history and certainly today—Major League Baseball’s Opening Day. Stop in for a pint if you happen to be in the neighborhood or order a classily-presented 500ml bottle (cased in a custom-designed wooden box complete with a branded tooth-prying pliers logo) when it’s released.