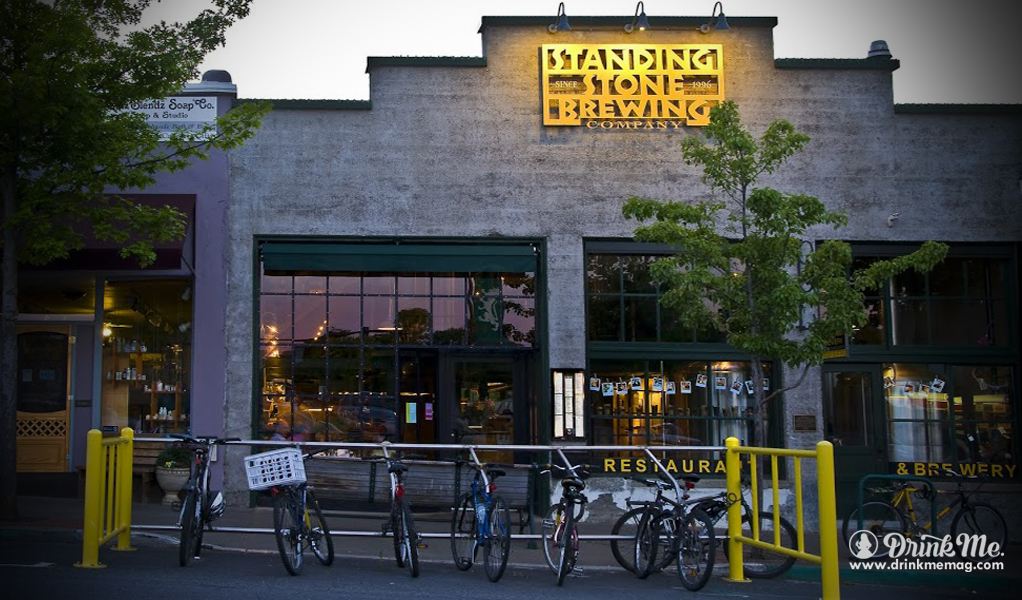 Standing Stone Brewing Company, located in quaint, green downtown Ashland, stands out as down to earth in the predominantly Shakespeare-themed town. At the bi-level brewpub, which features a bar, brew deck, and outdoor patio, taste the Steel-Cut Stout, which is brewed with 100 pounds of oats and won Silver at this year’s National Organic Craft Brewing competition. Or drink one of their other seven Standing Stone taps brewed on site by Brewmaster Larry Chase, like the session Freestone Sour, tart from the 130 pounds of local peaches brewed into the beer. Standing Stone takes sustainability seriously, both in beer and lifestyle: their brews use 95% organic and local ingredients, they operate a farm one mile from the brewery to raise livestock for the pub, and they even run a bike commute program for employees in which they gift bikes to workers who cycle 45 times to work and back in a year.