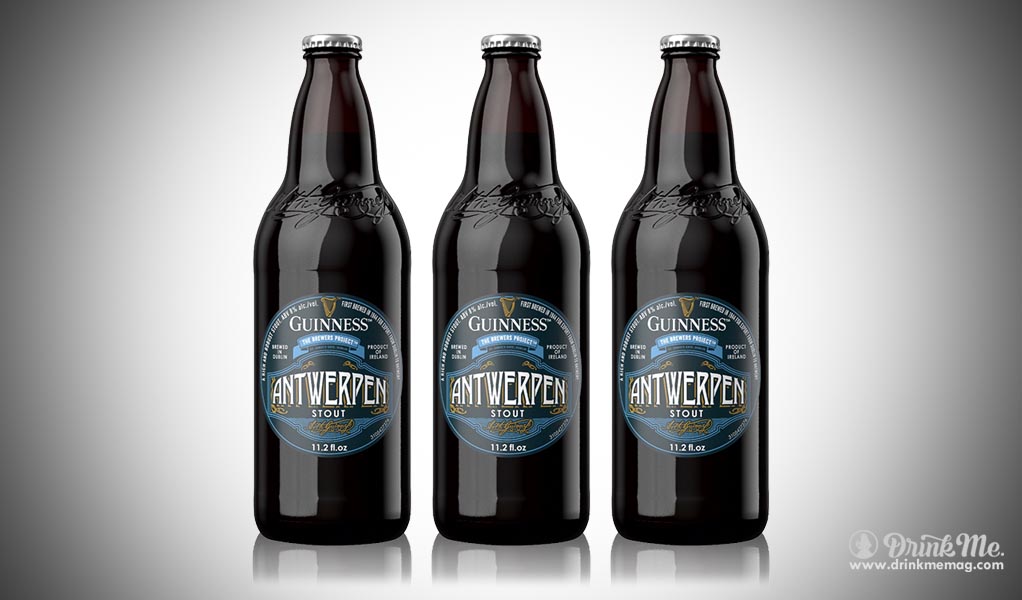 Arthur Guinness established the brand of Guinness in 1759 after he signed a 9,000-year lease on St. James’s Gate Brewery in Dublin. Ever since then Guinness has been the world’s most famous stout for hundreds of years. This iconic beer only requires four simple ingredients such as water, barley, hops, and yeast. Brewed in over 49 countries worldwide, and sold in over 150, with 9 million glasses drank everyday around the world, Ireland is most famous for Guinness and continues to hold its name of having one of the largest beer capitals in the world.

This year Guinness decided some new additions to their beer collection were needed. They added a long time favorite recipe in Belgium and a small batch ale originally brewed as a gift for special occasions. The Brewers Project released two new beers: Guinness Antwerpen Stout and Guinness Rye Pale Ale. Guinness Antwerpen Stout was brewed in 1944 for the first time in the Belgian city of Antwerp. Winning everyone over with its intense roasted malt, smoked wood, raisin, and licorice notes followed by sweet hints of chocolate, coffee and a touch of black currant. Guinness Rye Pale Ale, on the other hand, has a different taste. This rustic ale has a peppery flavor due to the rye malt that is used with notes of grapefruit and citrus to balance it out. Guinness may change over time, but the quality continues to stay the same. Caution: You might turn Irish after drinking.