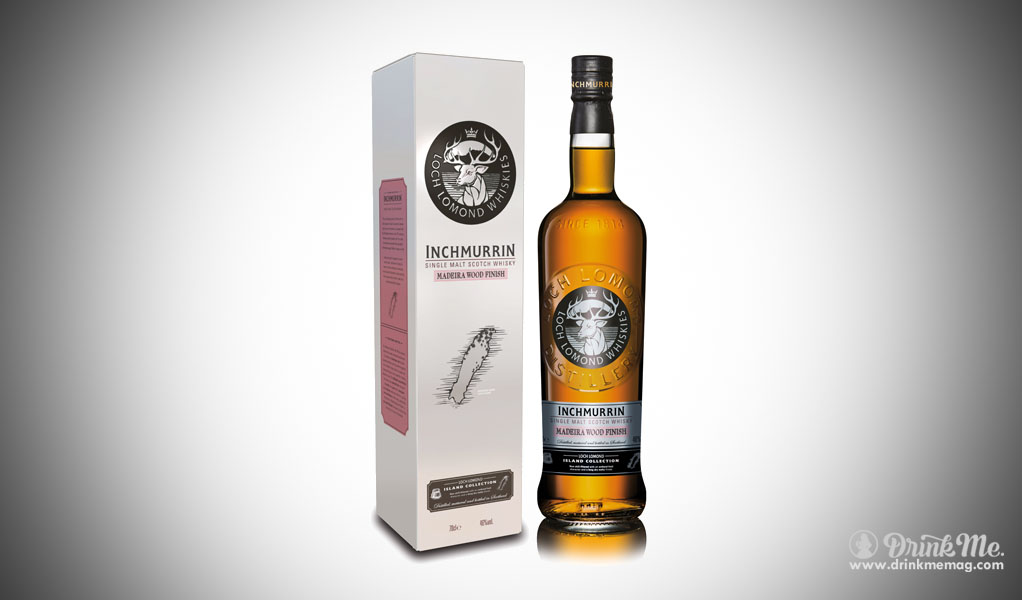 When you’re drinking sangria, ouzo, cava, Prosecco, or some fabulous Bordeaux, you can expect to be mentally transported to the azure-skied, sun-drenched, white-washed region of the world that surrounds the Mediterranean Sea. It’s an enchanting domain, draped with bougainvillea, lush with vineyards and orchards, rich in history, culture, and cuisine, and who could blame you for daydreaming of a Santorini sunset over a glass of Assyrtiko sipped in London, Melbourne, or, heavens forbid, Detroit?

But what an unusual and wholly unexpected delight when we tasted Inchmurrin Madeira Finish Single Malt Scotch  from Loch Lomond and experienced some of the loveliest and most distinctive flavors of the Mediterranean…in our Scotch? We sense your skepticism, but hear us out. Loch Lomond’s Master Distiller Bill White matured Inchmurrin Madeira Finish in casks that in a prior reincarnation held fortified Madeira wine, which not only adds that particular flavor of Portugal but also contributes overflowing orchards of apricots and figs to the whisky’s complex palate.

From the fresh citrus and almond marzipan on the nose, to the figs and stone fruit so prominent on the palate, to the delicate walnut and grape tannins on the finish, this is the last place we’d expect to find the flavors of the Mediterranean, yet here they are, ripe and delicious, in our Inchmurrin. Sometimes the best holiday is the one that’s utterly unplanned…