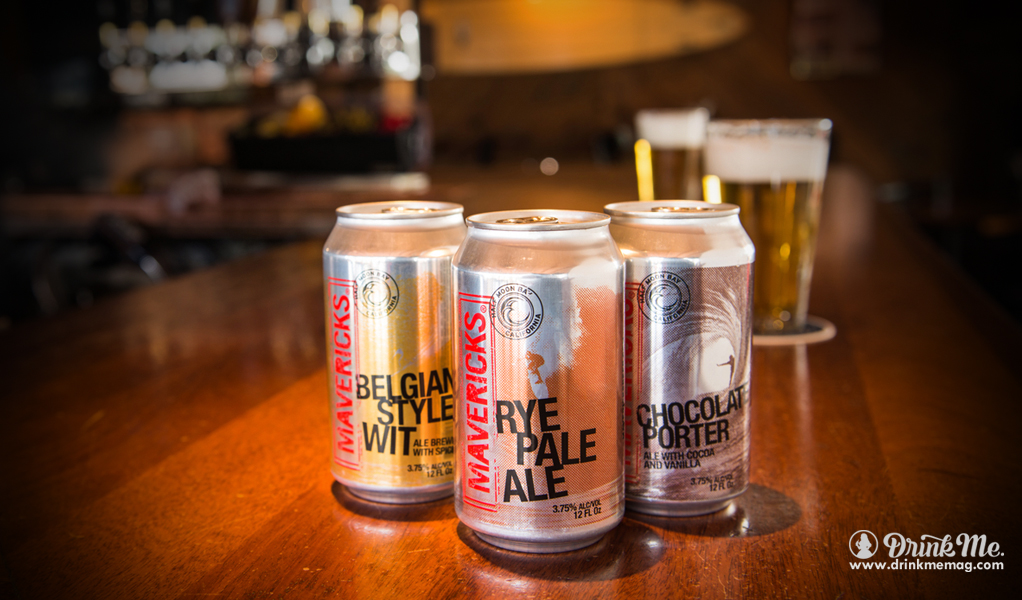 “We find your American beer like making love in a canoe. It’s f#%$ing close to water,” Monty Python’s Eric Idle famously buzzed at the Hollywood Bowl in 1982.  But, lucky for America, his logic is dated.

Over the past several years, the American beer industry has burgeoned with complex variations, with hyper-hops and big ABVs. In 2013, when overall beer sales fell almost 2%, craft beer sales grew over 17%, according to the Brewers Association. In 2014, Portland even saw craft beer officially out-sell macro beer for the first time ever, exceeding the combined sales for Anheuser-Busch InBev (AB InBev) and MillerCoors in the first quarter, according to Craft Brew News.

With craft increasingly a player in the beer marketplace, big brewers have naturally begun to angle to reach craft consumers. But meanwhile, a funny thing’s happening from the craft end. As big beer narrows its consumer focus, craft is widening its own, coming out with broader appeal beers, in order to stand out in an esoteric crowd.

At the Connoisseur Bar at the Guinness Storehouse in Dublin, Ireland, a room as dark and incandescent as the brand’s trademark stout, Brew Master Fergal Murray stands behind the bar, hand resting on tap, fresh off a riff on how to achieve the perfect pour. He’s a pro at brand repping, but then the conversation moves to less natural terrain for brand Guinness: the craft marketplace. Briefly referencing one of Guinness’s past craft ventures, Breó, a white ale Guinness released in Ireland years ago, Murray says, “Brand Guinness would normally be a little bit less open …but we are drifting, becoming much more aware of what we need to do for the consumer, and will be offering more going forward,” he said.

For Guinness, a Diageo brand, that something “more” is seasonal beer. To reach the U.S. off-premise market, which means beer is primarily purchased outside of bars, Guinness released its mild English Generous Ale in 2012, and a Red Harvest Ale in 2013. In 2010, it also returned Guinness Foreign Extra Stout to the U.S., absent from the states since Prohibition, a hoppier take on their steadfast stout.

“The seasonal world works now, because the craft world is working,” said Murray. “Seasonal didn’t work in America for many years because the retail wasn’t there. They weren’t interested in our salesmen going in and saying this is our seasonal beer from Guinness. Now they are because they can see that there’s a pull from the public.”

But seasonal releases aren’t the only way big beer is trying to reach the craft consumer.

For years, AB InBev and MillerCoors, the top two U.S. beer companies, sold corporate beer in craft’s clothing, with Shock Top and Blue Moon, respectively. In 2010, MillerCoors even launched its own craft and import label, Tenth and Blake, endeavoring a degree of separation between its craft labels and their corporate backing.

Despite these efforts to blend in, according to Half Moon Bay (HMB) Brewing Company’s Head Brewer Shane Aldrich, brand acquisition, rather than brewing, is the only way for big beer to truly compete when it comes to craft.

“It’s something that we’ve been doing for the last 30 years, and they’ve just been trying to get into this over the last [few],” said Aldrich. “They’re still trying to apply big brewing techniques to what is essentially a craft…It’s farm to table; we’re trying to use as many local ingredients as we possibly can.”

And, indeed, their acquisitions have proved profitable for brewer and owner alike. In 2011, AB InBev bought Chicago brewery Goose Island. The brewery has since expanded distribution to all 50 states, and increased beer production by 37% the following year. In 2012, MillerCoors bought craft label Crispin Cider, and saw a staggering 171% increase in sales from 2011, according to Information Resources, Inc.

Big beer, however, isn’t the only side pouring into new terrain. As corporate beer attempts to segue into craft, craft is meanwhile softening towards mainstream output. The creative brews that be-famed craft beer aren’t going away (thankfully), but the industry is also seeing a shift from bottles to cans, an increase in lower alcohol “session” beers, and specifically, a surge in session IPAs, allowing a more wide-appeal variation of the IPA, the cash cow of the craft industry.

“It’s adaptation, it’s what people have requested,” said Aldrich, touting logic reminiscent of Murray’s. “Were moving forward to that, listening to the customer base and trying to put out a product that they want to drink as well.”

Aldrich oversees HMB Brewing’s new line of Mavericks canned session beers, a Belgian Style Wit, Rye Pale Ale, and Porter, all at 3.75% ABV. The mission? To brew more practical, low-gravity beers with ABVs akin to a Budweiser or Coors, while retaining the flavor integrity and complexity of their full-gravity craft counterparts. And, surprisingly, many do. The Mavericks Rye Pale Ale, for example, still rings in at a hoppy 53 IBUs.

Like so many others, HMB Brewing also plans to eventually add a session IPA, joining the ranks of Lagunitas Daytime IPA, Drakes Alpha Session IPA, Founders All Day IPA, Stone To Go IPA, and Firestone Walker Easy Jack, to name a recent few.

“The craftsmen want to see the other side of the spectrum,” said Yiga Miyashiro, Director of Brewing at Saint Archer Brewery in San Diego. “Well, I know I can make a knock-your-socks-off beer, with 10+% alcohol, with barrel-aging, or sour, or a ton of hops, but then you can only drink one of them, so let’s see if you can make an extremely flavorful sessionable beer where you can go to a barbecue and just drink it all day.”

Like HMB Brewing, Saint Archer recently released a line of canned beer, joining the more than 500 craft brewers using cans, up from just a few dozen a few years back.

And while cans and low ABVs enhance the obvious – ease of transport and drinkability – they also let craft breweries please craft audiences with hoppy and bitter beers, while achieving broader appeal, the impact of which is growing more quantifiable. Craft brewers like Sierra Nevada, New Belgium, and Lagunitas, are all expanding to multiple breweries and markets. Jim Koch, the CEO of Boston Beer, which makes Sam Adams, is now a billionaire.

It’s a convergence of industry, one leaving the American water-beer of Eric Idle’s days increasingly a thing of the past.

Patrick Bennett contributed to this report.