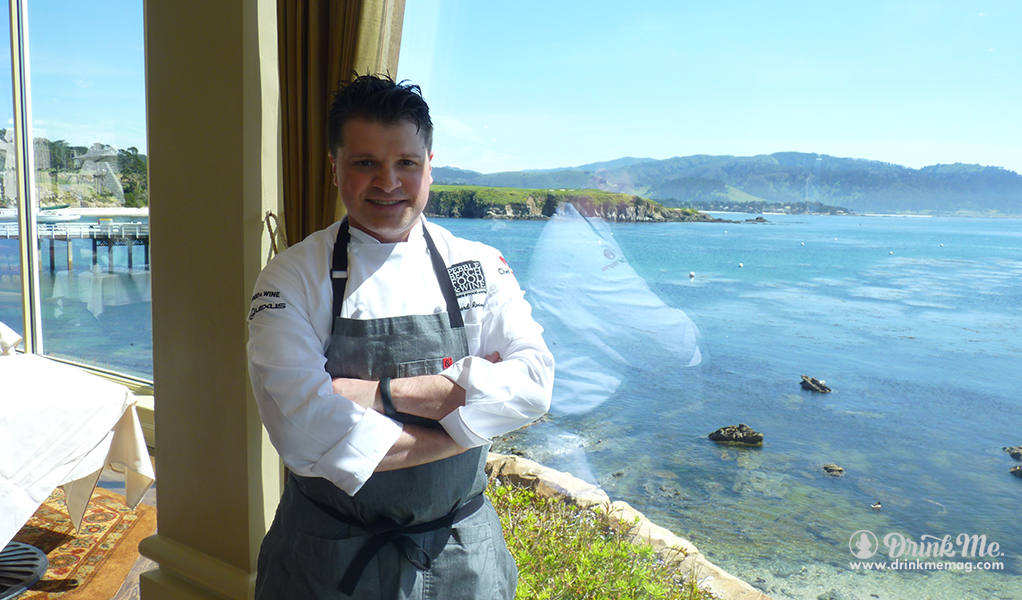 At this year’s 8th Annual Pebble Beach Food & Wine event, I got to interview Master Chef Richard Rosendale at the beautiful Pebble Beach Resorts with the breathtaking view of Stillwater Cove. Chef Rosendale is a Certified Master Chef, a distinction earned through the American Culinary Federation earned by a grueling 130-hour cooking exam that has a 90% fail rate. As one of only 67 chefs to have ever made it through successfully, Chef Rosendale is also the youngest to ever pass the exam. The exam is detailed in the book “Soul of a Chef”, walking readers through this culinary marathon that few dare to take. Chef Rosendale is also the most internationally competitive chef with over 55 International cooking competitions under his belt with many more to come.

Manda Bear: Why did you choose to participate at the Pebble Beach Food & Wine?

Chef Richard Rosendale: With a lot of great chefs, somms, industry people, fans, and great networking, what’s not to love about this wonderful culinary event? Since I was involved with Ment’or and the BOCUSE D’OR, with this year’s event I got to cook with other top chefs in The Culinary Olympics’ “Ment’or dinner” on Friday and Saturday. Each of us got to cook a dish, and this time, I got to cook the main dish – 48-hour short ribs & steaks that were cooked to perfection last night. Plus, look at this stunning view and weather around us here at Pebble Beach…I kind of felt guilty sending my wife a photo of picturesque today.

Manda Bear: Tell us about the BOCUSE D’OR experience?

Chef Richard Rosendale: BOCUSE D’OR is the most demanding five-hour cooking competition in the world; I was mentored and trained with top chefs from around the country, including chefs Thomas Keller, Daniel Boulud, and Grant Achatz. I was the USA Champion and earned the right to represent the USA in Lyon, France where we cooked against 22 other countries, finishing in the top third of the field. My experience during this competition was filmed and turned into a documentary called THE CONTENDER that will be released sometime in 2015. I had a lot of fun during my time in Lyon, France and a lot of respects for my mentors and competitors. It’s a great honor to represent my country.

Manda Bear: What have you been doing since you left the Tavern Room Greenbrier Resort in West Virginia?

Chef Richard Rosendale: I’ve started my company at www.RichRosendale.com where I share some of my favorite recipes, offering cooking classes for other chefs as well as home cooks, and with a focus on dinner event planning. I’ve cooked for many high clienteles, celebrities, the Dubai Royal family, foreign dignitaries and supervised meals for U.S. congress and the President of the United States, where I plan the whole dinner as an experience that would be memorable for them.

Beside my business, I’m currently involved with the CBS TV Show “Recipe Rehab” http://cbsdreamteam.com/recipe-rehab/ air on Saturday morning on CBS nationwide – Families submit their favorite high-calorie, family-style recipes, chef Vikki Krinsky and myself face off in a head-to-head competition to give the recipes a low-calorie twist, and the family chooses their new favorite. This recipe makeover challenge helps to transform America’s family favorite dish into a healthier meal, approachable, easy to cook, and nutritionally dense. We have aired over 70 shows already and counting. I’m glad to have made a difference with the show, just how I would cook for my family.

Manda Bear: What would you say your style of cooking is?

Chef Richard Rosendale: I was influenced at an early age by my Italian and German grandmothers. However, a lot of my style of cooking is heavily influenced by my world traveling experiences. I enjoy lighter food with nice flavor profiles, but I cook just about everything. I teach BBQ class to sous vide technique; from a light dish to a world class competition dish, I’ve done it all.

Manda Bear: Since you have cooked for some for the royal families, celebrities, and politicians, who are your favorite people to cook for?

Chef Richard Rosendale: My favorite people to cook for are my lovely wife Laura and our three kids. I wish they could be here with me right now at Pebble Beach, but maybe next time when my one-year-old daughter gets a little older. And I can’t wait to be home to cook for them. 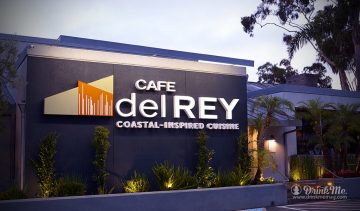 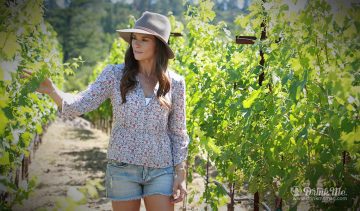 About the Author Manda Bear

Manda Bear, a former restaurant owner, has had a strong passion for food and wine from a very young age and has traveled the world dining at over one hundred Michelin Star/James Beard award winning restaurants. Currently with Dep Lifestyle Magazine San Francisco Bay Area, Manda Bear works as publisher and contributor @DepLifestyleMag @DiningOutVegas. Previously, she was a contributor for Viet Press USA, Studio 14 Magazine, and DiningOut Magazine. Additionally, Manda Bear is a certified level II Sommelier at www.VintageWineMerchants.com on Santana Row in Silicon Valley, a PR/brand ambassador for hospitality, food, and the wine industry, as well as a Social Media consultant for high tech companies in Silicon Valley. To follow her food and wine adventures, you can follow her on Instagram and Twitter.

Next post Unrivaled Luxury & Tons Of Tequila: 48 Hours In Guadalajara