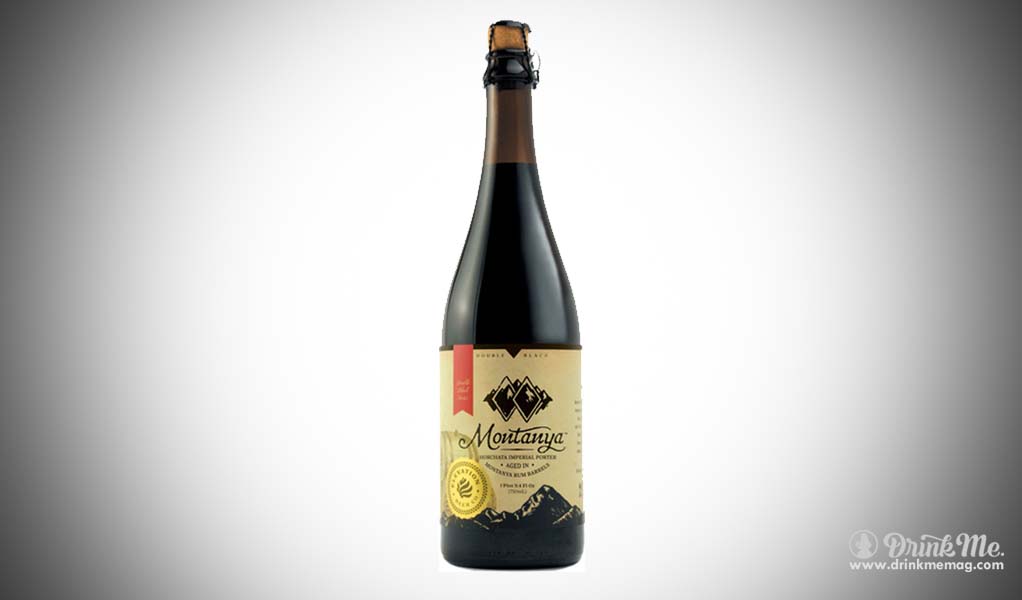 The Montanya Barrel-Aged Horchata Imperial Porter may spring from the imagination and fermentation tanks of Colorado’s Elevation Brewing Co. , but this creamy, rum-tinged brew also brings to mind Mexican spices and the flavor of the Caribbean. Now a bold addition to Elevation’s Double Diamond Series, the beer is an offspring of its award-winning Señorita Porter given proper time in white oak barrels supplied by the namesake distillery. From the corked bottle, this beer appears as black as a night in the Rockies under a neat cappuccino-colored head. The spirituous smell of rum announces itself upfront without overpowering subtle hints of vanilla. Despite the 11.5% alcohol content, each sip is smooth and silky. Accents of sweet milk and cinnamon linger through the rich chocolate character of the malts and the slight hop bitterness. The kiss of the rum is gentle and mild. It begs to be paired with dark mole or jerk chicken. But even if it’s enjoyed on its own, this unusual offering is a decadent treat and a testament the talent of its mile-high creators.
115 Pahlone Parkway
Poncha Springs, CO 81242
(719) 539-5258
info@elevationbeerco.com

About the Author Brian Donkersley

Brian Donkersley has been writing about and recommending craft beer since a whirlwind tour through Belgium introduced him to the heavenly taste of trappist ales. He has since sought out new beers to sample in nearly thirty countries and homebrewed with a Palestinian who honed his skills making illicit grog in a bathtub. Currently a resident of Seattle, WA, Brian makes the most of the occasional sunshine by improving his “raffa” technique in a friendly game of bocce ball and planning numerous trips to the Cascade and Olympic Mountains.

Next post 5 Popular Wine Bars in Ottawa for Thirsty Tourists to Sit, Sip and Savour

Previous post Our Guide To The 5 Best Outdoor Beer Joints In Portland, Oregon.