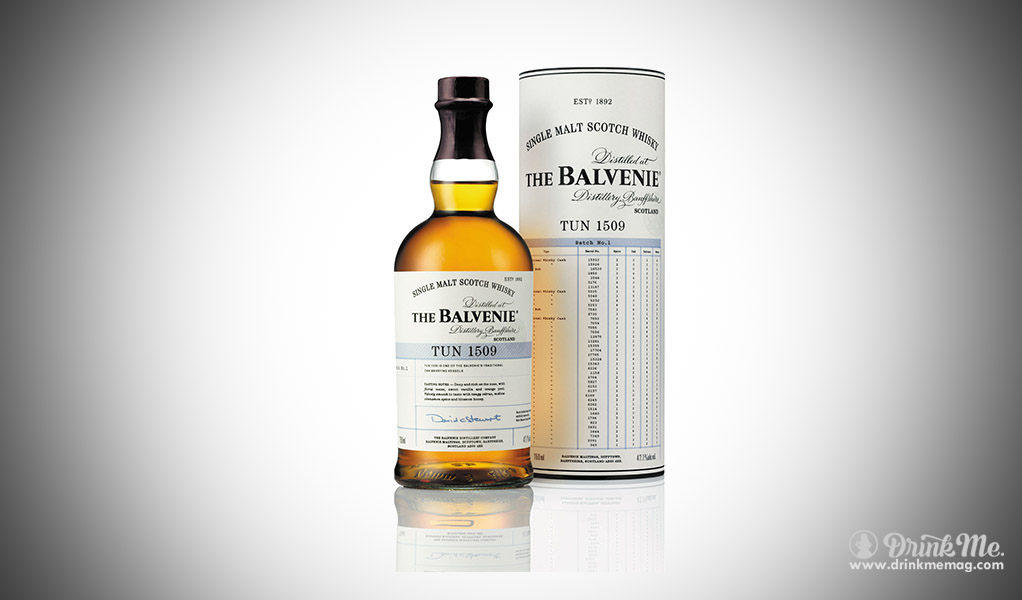 The long wait of the much anticipated second batch release of Tun 1509 Single Malt Whisky has finally come to an end. The Balvenie saw great success with their Tun 1401 and their first batch of Tun 1509, so they decided to grace the public with another round. And, we’re so glad they did! Tun 1509 sprouted as a result of mastermind David Stewart, who is perhaps Scotch Whisky’s most experienced Malt Master. Stewart blended multiple exceptional whiskies to create this glorious single malt full of character.

A selection of 32 casks—23 traditional American oak and 9 European oak sherry casks—from the distilleries precious ages stocks helped give Tun 1509 its sought after personality. The difference between batch one and two lies with the usage of more European oak sherry casks for bath two. All of these casks have helped infuse an array of rich flavors in Tun 1509 including honey, orange peel, sweet oak vanilla, cinnamon, ginger, and nutmeg. You’re definitely going to want to get your hands on batch two!

Previous post QUIZ: Can You Match These World Famous Beers To The Country They Came From?