The Warden Is Not for the Average Criminal 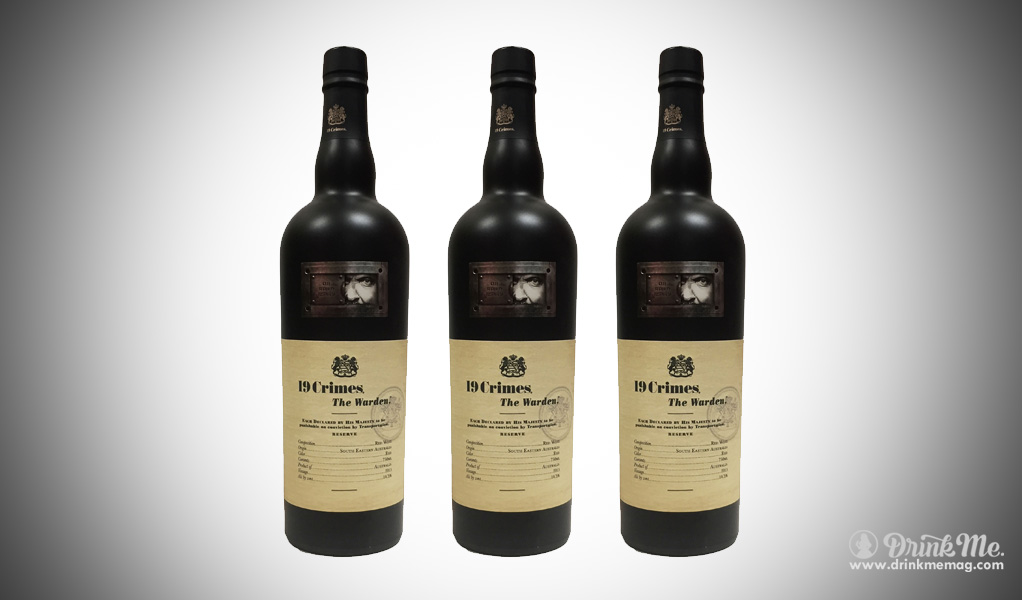 A cut above other red blends, The Warden commands respect just by being in the room. Its scent of blood-red cherries, boysenberries, chocolate, mocha, and vanilla bean will assault your nostrils long before its lashings of dark fruits, sweet vanillin oak, and chocolate hit your tongue. The black, frosted bottle makes a bold statement, while the collectible cork will take you to a place from which only the most damned and audacious have dared an escape.

Ranging from George Street Gaol to the ironically named Fremantle Prison, each cork designates one of five institutions that housed a 19 Crimes convict, a British subject whose crime was deemed “punishable by deportation.”  Spared the quick extermination of the noose, they were dispatched to the colony of Australia to face the slow torture of despair, disease, and deprivation.  Thus, The Warden 2015 pays tribute to the audacious souls who defied the Australian frontier and the ironed-willed individuals needed to contain them.