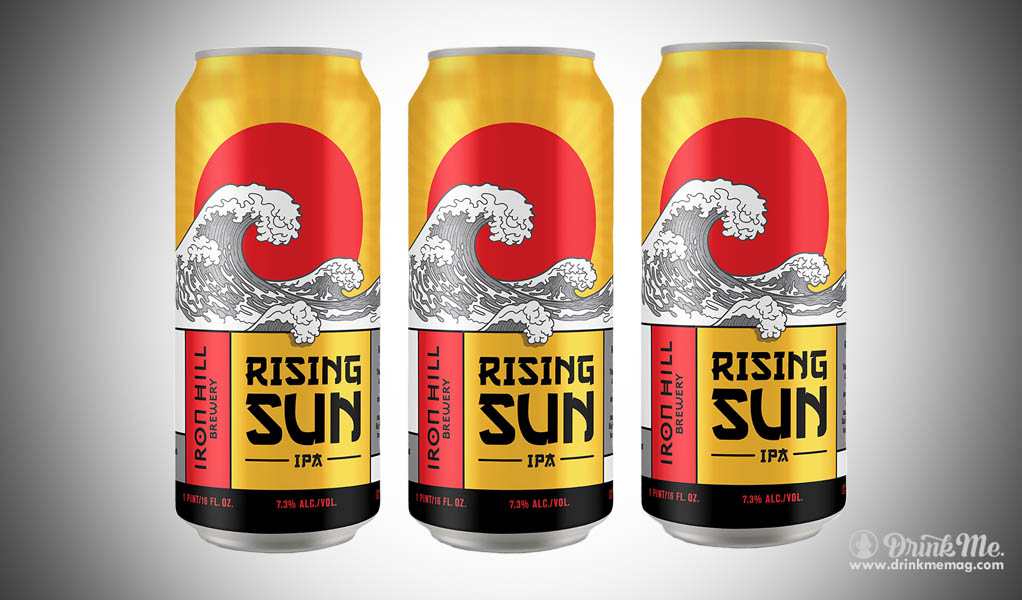 The sun is rising on a new era in Philadelphia. From their sports teams to their food fare, the blue collar town is becoming known as the City of Champions. It is a city where local restaurants and breweries open every day, boasting of new award winning flavors and is quickly becoming the place to be for new food and alcohol ventures. However, there is one establishment that has been championing the city and their own award winning tastes for over 20 years. Since 1996, Iron Hill Brewery has been offering great beers brewed in house with delicious food combinations. The brewery and restaurant has prided itself on its tastes since it opened its doors, and their Rising Sun IPA continues that tradition.

Like many of their other beers, Rising Sun has a unique background in its creation. This IPA is brewed in the American style, but the flavor comes from the Japanese Sorachi Ace single hop recipe. The results are unexpected notes of lemon and coconut with the hoppiness you’ve come to expect from IPA’s. Clocking in at 7.3% ABV, Iron Hill Brewery is now offering this delicious IPA in 16 ounce cans, complete with Japanese themed artwork. Rising Sun is helping to usher in a new era in Philadelphia, with Iron Hill Brewery leading the charge. Make sure you are there to witness the dawn.