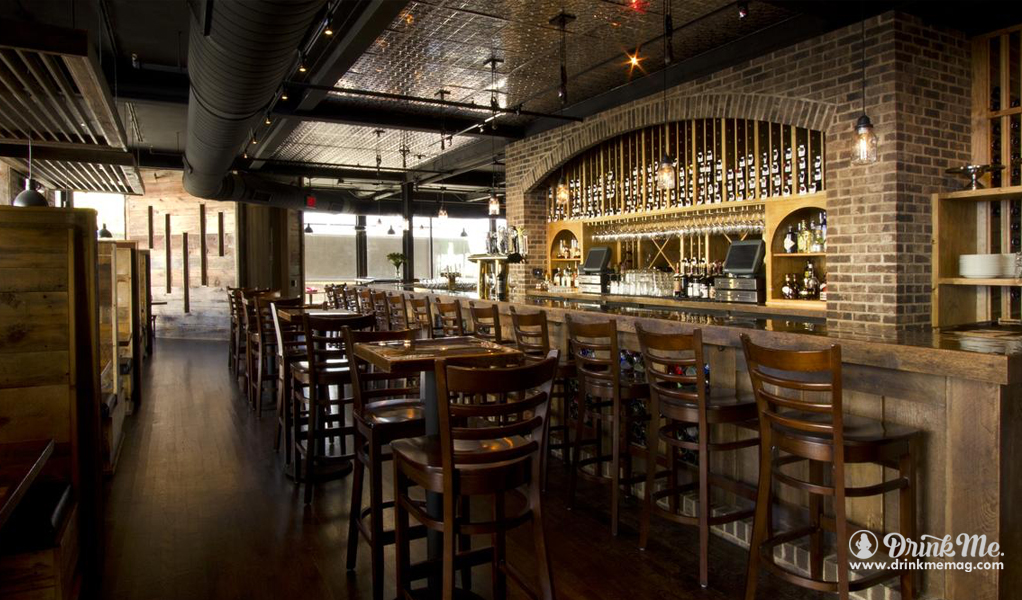 On January 19th, 2010 a collective gasp was heard in Milwaukee as the news that Pizza Man had burned to the ground the night before. This was not just any neighborhood pizza joint. Pizza Man was an institution, a landmark, and possessor of one of the best wine collections in the city. The business that had started back in 1970 held fond memories for so many people. It took three long years for Pizza Man to re-open its doors after owner Mike Amidzich found the right fit less than a mile from its former location. The dark wood and cavernous feel now replaced with a bright spacious dining room, a long bar and an open air deck giving Pizza Man a new start, a breath of fresh air.

For patrons nostalgic for the former location, Pizza Man proudly hangs its sign with the hippy font; the barn wood door still opens with the counter-weights of rocks in an onion bag, and the 1970s long-haired mustachioed delivery man adorns the apparel. Most importantly, the award winning wine collection is back and better than ever. A perennial favorite of Wine Spectator Magazine, Pizza Man currently stocks about 220 bottles of wine, as well as 8 tap wines. The strength is California wines which make up nearly 80 percent of the program. Almost any bottle can be opened for you as long as you agree to two glasses. Half price wine specials are offered on Mondays and Wednesdays – a crazy good deal.

About the Author Kay Collins

Kay Collins is the owner of KBC Tour Company providing customized tours of Milwaukee and Wisconsin. With over 25 years of experience in the Hospitality and Tourism industries, Kay really enjoys showing off her home state to visitors from all over the world. Her favorite things are traveling, photography and finding great restaurants and bars. She lives in Wauwatosa – suburb of Milwaukee – with her husband, Mikeand their rat terrier, Bailey.