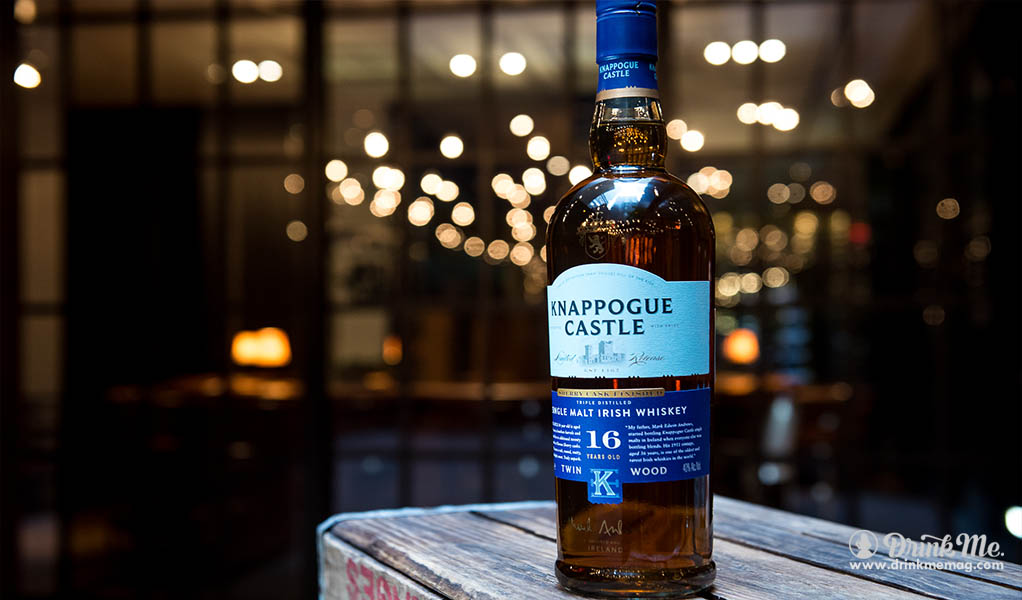 Knappogue Castle Single Malt Irish Whisky is named after the 551-year-old tower house that Americans, Mark Edwin Andrews and his wife, Lavonne, restored in 1966.  Knappogue, pronounced “nah-pogue,” is Gaelic for “hill of the kiss.” The brand’s primary products are its 12-, 14-, and 16-year-old triple distilled, limited release whiskeys.  However, it’s also notable for its 36-year-old special reserve vintage whiskey.  Distilled in 1951 and bottled in 1987, the company calls it “one of the oldest and rarest commercially available Irish whiskeys on the planet.”

The company website features a collection of cocktails that makes mixing drinks an easy fix. Knappogue Castle’s mixed drinks motto is “like a castle, every drink begins with a solid foundation,” and that includes their 16-year-old whiskey. Following the tradition of the 1951 distillation, the younger whisky spends a minimum of 14 years in bourbon barrels before finishing the distillation process in Oloroso Sherry casks. This adds complex, nutty sherry notes to ones that are fruity and slightly sweet. The deep, complex flavor is accompanied by a fruity, malty aroma, followed by a long, sweet finish that lingers . . . just like a kiss.