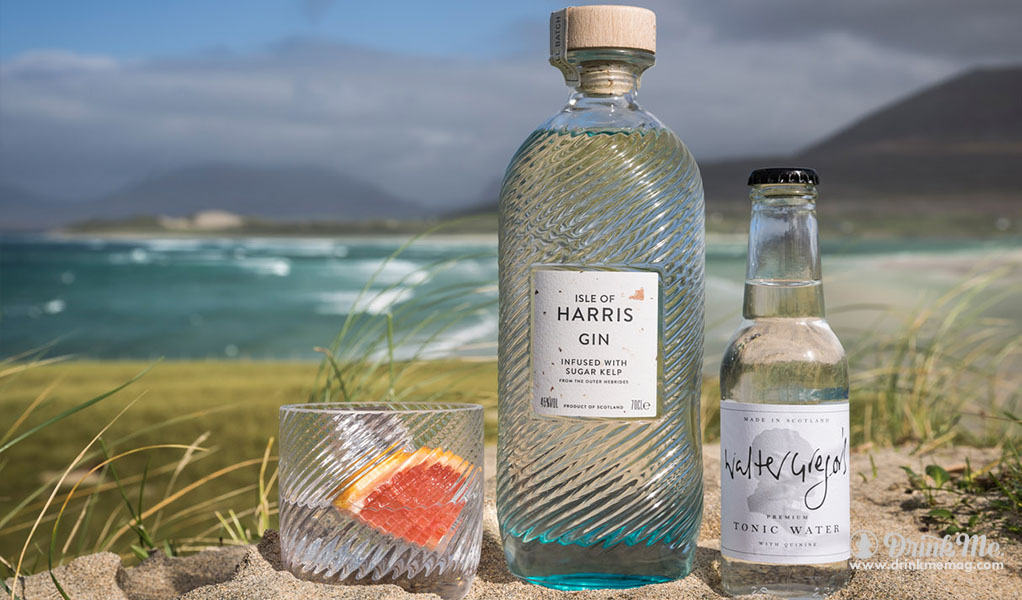 Harris is the southern half of Lewis and Harris, an Outer Hebridean island off the northwest coast of Scotland.  Nestled between the Highlands to the east and the Atlantic to the west, the Hearachs (Scottish Gaelic for people from Harris) still cut peat for fuel, farm small parcels of rented land called crofts, and weave the famous Harris Tweed that’s incorporated into the logo of the Isle of Harris Distillery.

Employing only local residents and selling directly to the public, “The Social Distillery” threw open its doors to the community on September 24, 2015 with the largest cèilidh of folk music, song, and dance in Harris history.  The distillery’s vision is to breathe new life into the island’s economy with award-winning spirits like its Isle of Harris Gin.

The distillery’s inaugural distillation has a nose of juniper and pine, followed by notes of orange, lime, and grapefruit.  The well-balanced flavor of conifers and fruits is complimented by the herbal taste of coriander, which fades to hints of vanilla and black pepper for a long, clean finish.

Previous post The Top 5 Scotch Whiskies For All To Enjoy