Have A Krup Of Cheer 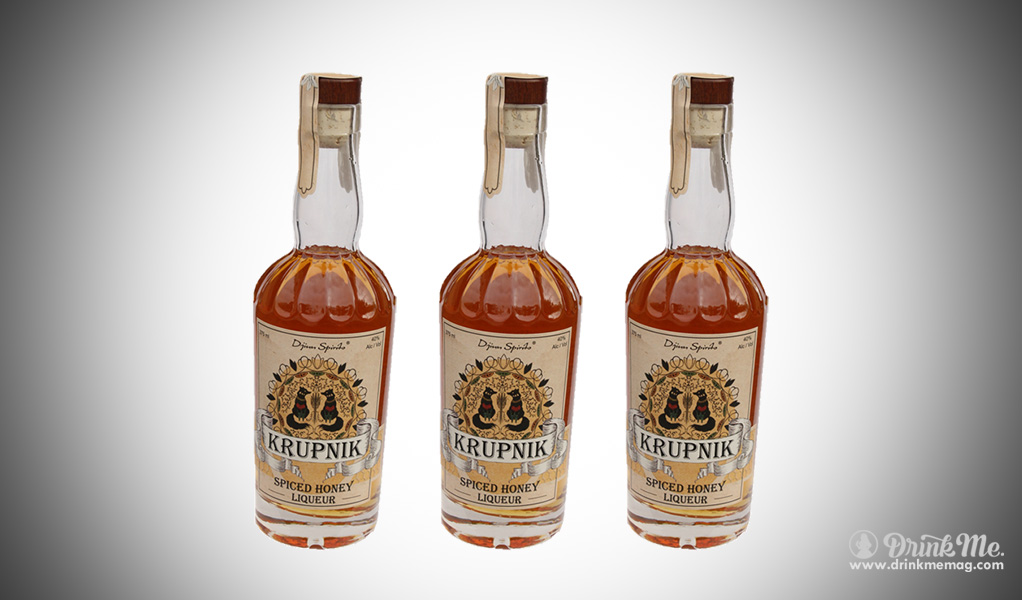 An age-old Polish and Lithuanian libation, Krupnik is a deep gold, honey-rich liqueur, traditionally served with greetings or over dessert…maybe literally, atop a scoop of ice cream, if you’ve found Djinn Spirits‘ delectable version. After starting with locally available honey, Djinn adds cinnamon, clove, nutmeg, and vanilla to augment the timeless recipe’s flavor. Though its prototype is traditionally served neat, try this Krupnik with a mixer like apple cider, or warm it up for a toddy. Djinn Spirits owners Andy and Cindy Harthcock agree change is good—despite successful careers in engineering and nursing, respectively, the pair took a shot at making booze their business. Their New Hampshire-based small-batch distillery is the result…proof (in Krupnik’s case, 80-) that it’s never too late to embrace a curious spirit.