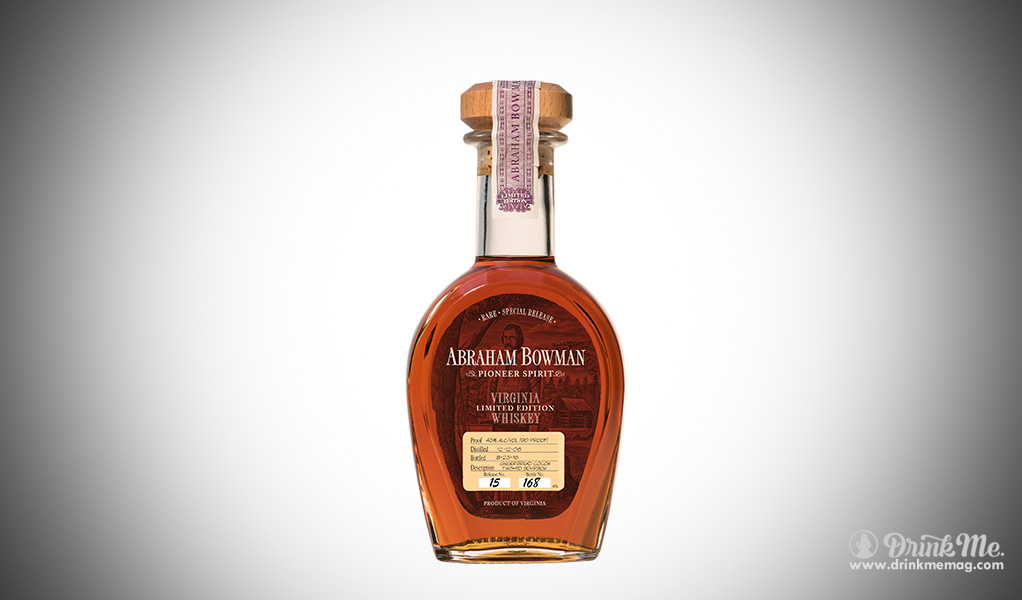 In 1927, years before the prohibition, A. Smith Bowman bought the Sunset Hills estate farm in Virginia. He opened up a dairy and granary on the farm that became so abundant that he needed to attain excess grain from his fields. After the abolishment of the prohibition in 1935, he built and licensed a distillery, which is now known as A. Smith Bowman Distillery. His sons kept the distillery going by continuing traditions and keeping it a small and American family owned company. The distillery today continues to honor these traditions with innovation and creativity, while honoring legacies and the revolutionary spirits of Virginia pioneers.

Imagine bourbon with tastes of ginger, vanilla, cinnamon, and cocoa. A. Smith Bowman announces it’s 15th release in the Abraham line, The Abraham Bowman Limited Edition Gingerbread Cocoa Finished Bourbon. This limited edition bourbon was aged for four and a half years at A. Smith Bowman Distillery and then were sent to Hardywood Park Brewery to be filled with six barrels aged Gingerbread Stout and four barrels aged Foolery Imperial Milk Stout. Both of these beers aged inside the barrels for eight months before being emptied and sent back to A. Smith Bowman where they were filled with nine-year-old aged bourbon. The bourbon was distilled in December of 2006 and finished 17 months inside special barrels. You don’t have to build a Gingerbread house this Christmas, but you sure can drink one!