Four Fox Sake – Am I Right? 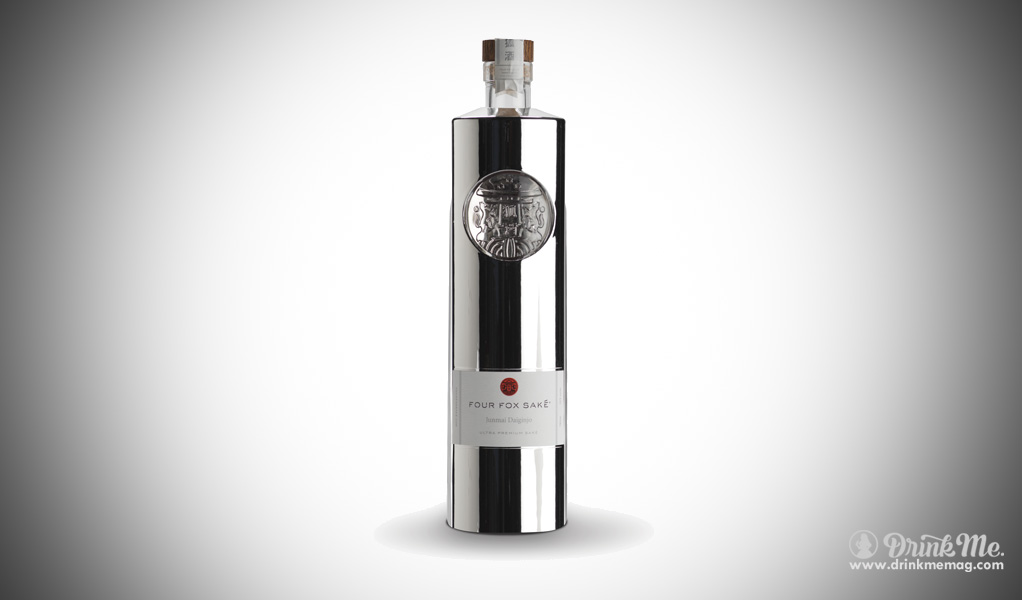 According to Japanese mythology, Inari Okami, the god of rice, foxes, and sake, entrusted his fox spirits to guard the Torii gates. The Torii, most commonly found at the entrance of or within a Shinto shrine, symbolically marks the transition from the profane to the sacred. Only the purest of souls were allowed to pass through. Four Fox Saké represents the purity and perfection of the Inari fox spirits. The bottle, in its entirety, is a tribute to Inari Okami. Beginning with the crest, the four foxes guard the Torii gate as snow falls on the rice-covered grounds. The swords represent the ancient swordsmiths to whom Inari was god, and the chrome finish, completed with a wooden cap, creates modern take on an ancient classic.

In the footsteps of its mythology, Four Fox Saké is perfectly pure — best served straight up, either well chilled, or on the rocks.

In the mood for a cocktail instead? Try a Foxtail. Out of the mind of mixologist Antonio Lai, these expertly crafted blends are taking its drinkers by storm. From Mofo Mojito to Pink Vixen with grapefruit, there’s a drink for every taste, and every occasion.

Four Fox selectively partners with the hottest nightspots in the world’s most vibrant cities. Although Four Fox Saké is only available to buy in Hong Kong and Tsim Sha Tsui – have no fear. HK Liquor Store sells the saké online. Keep your eyes peeled to find out when this mythical creation will be available at a retailer near you!

Previous post Find Your Inner Zen With These 5 Monastery Brews