Cuba: Cigars And Rum At Their Finest 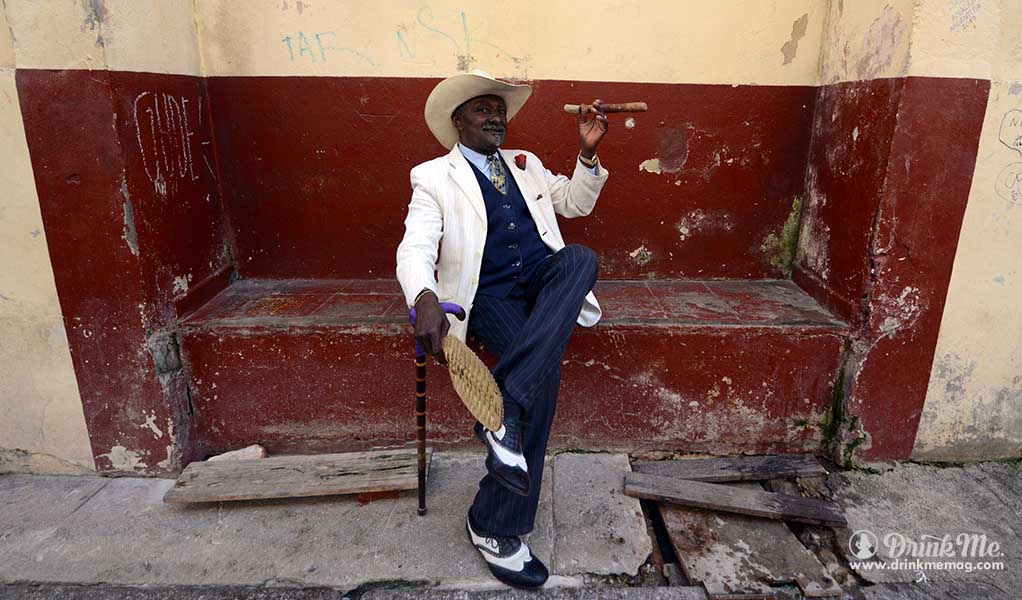 Many people who have visited Cuba say it is a must-see destination before it changes forever. The fading grandeur faded and the upbeat atmosphere downtrodden by the weight of influence from America. But I would beg to differ. There is so much to change in Cuba that it’s not going to go immediately.

I was looking forward to hunting down American cars from the 1950’s, but this turned out to be more of a game of dodgems. There are so many that you will see them all the time. They are the regular form of transport here. Almost all the taxis are American cars from this era. Cars seemed to stop all over the place to pick people up, just like friends picking up friends, but it became clear that random strangers were being given lifts. Like many things in Cuba, a car is not a possession. You may have one to use, but as it is not yours, it is everyone’s and they have the right to be transported too.

Beyond the cars, there is the aged architecture. Many buildings would have been knocked down for development in a democratic country, but here they still stand. Some of them only just hang on, slowly crumbling onto the pavements like tall oak trees steadily dropping their leaves in an extended autumn lasting decades. This might paint a bleak picture, but the views are far from bleak; there are bright colours everywhere. The Cubans like bright colours, and although they can’t necessarily afford to repair their buildings, they can afford to paint. Buildings are multi-coloured, bright turquoise vies for position with sun yellows and vibrant greens. Hues of blue and turquoise win the day. These two colours dominate the landscape of colour, which seems appropriate considering Cuba is a Caribbean island. 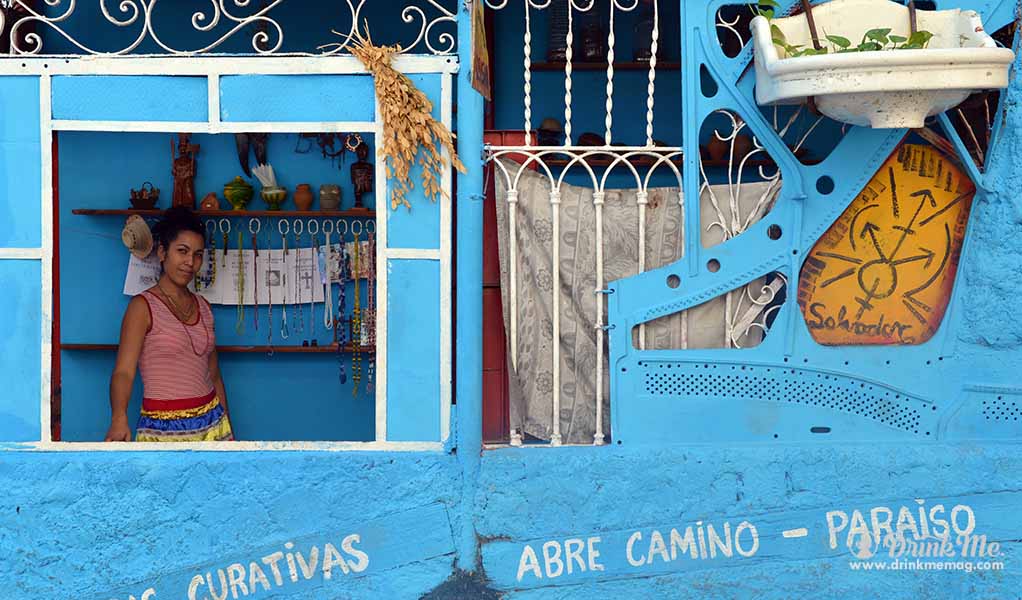 There are small areas in the old town that have been overtaken by artists. These are self-funding and tourism helps to keep them going. This is an example of tourism being a force for cultural good. The Cubans understand that tourists aren’t coming purely for the sun and the sea, it is the culture that fascinates too. There is no religion in Cuba, but people are very religious. There are no wholly private restaurants and officially no bars at all; they are all restaurants that happen to sell alcohol. Cuba is full of anomalies as the bars are fabulous and a couple of them have a long history.

Having a mojito at La Bodeguits del Medio is a must. It is a small bar that finds just enough space for a band to play in the corner and space to pour and serve mojitos en masse. The mojitos further pour out onto the street where the majority of the drinkers congregate, extending the boundaries of the bar. Here the party thrives, and the drinks keep flowing. Into the evening, a daiquiri in Floridita is like a pilgrimage. This year, Floridita is celebrating its one hundredth birthday, and boy are they celebrating. It’s packed every night; if you want a table you need to arrive very early and stake your claim. However, there is plenty of standing room at the bar and the party atmosphere is unstoppable. The daiquiris are also fabulous and not just for show. One can believe they have been perfected over the last century and you are the lucky one tasting all that cultural knowledge passed down from bartender to bartender.

Traditional skills are very apparent in Cuba and none more so than in the production of two of their greatest and most sought-after exports. These two products intrinsically go together: cigars and rum. They are natural bedfellows complimenting each other’s flavours and Havana club has recently made a rum that is designed to go with cigars. There are quite a few brands of cigar, now all made under one umbrella company: Habanos S.A., however these cigars all have their own history, styles and flavours. Each has specific areas where their tobacco is grown and therefore the aspect of terroir can be tasted across the different brands. The cigars are still made in the same way and same places as yesteryear. Little has changed and in some cases this is glorious. 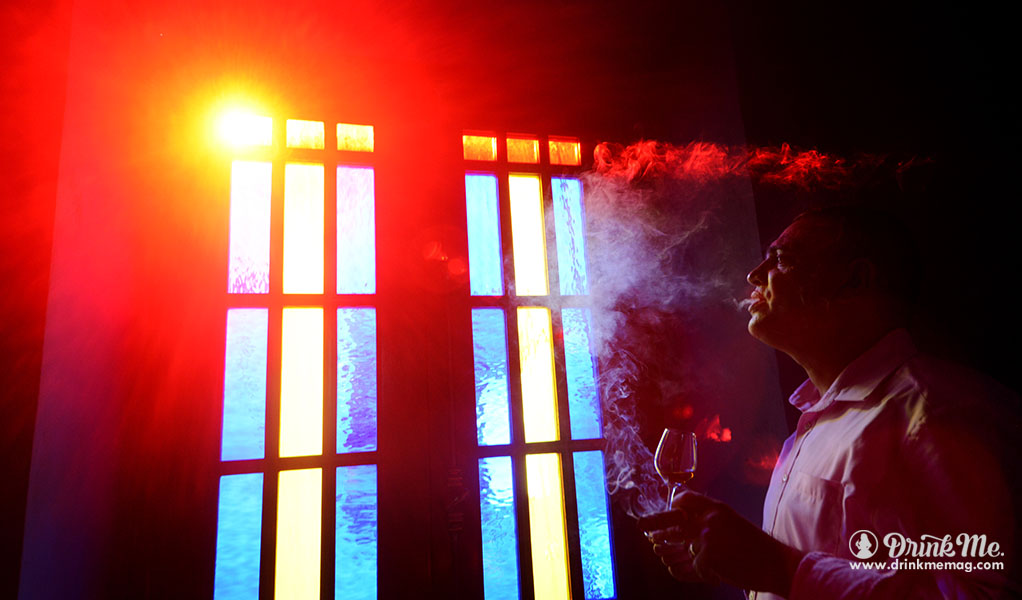 One of the best-known brands is Cohiba. There are two brands of Cohiba, one from the Dominican Republic making Cigars for the USA, and the Cuban Cohiba, set up in 1966 as a luxury limited production brand supplied exclusively to Fidel Castro and high-level officials in the Communist Party of Cuba. The cigars were not available to the public until 1982 and have developed a cult status. The tobacco comes from the Vuelta Abajo region of Cuba and goes through an extra fermentation process.

The most surprising aspect of Cohiba is the factory. Based in a suburb of Havana the El Laguito cigar factory is less of a factory and more of a palace. It is a beautiful old Spanish colonial style mansion, kept in immaculate condition. The old reception rooms have been given over to the production of cigars. Having been fermented, and the leaves selected in a separate building, they are brought together and rolled here. On average the workers make ten thousand cigars a day between around one hundred workers. They work with great precision, concentrating on the job at hand either in silence or some of the younger generation with headphones in place with the quiet beat leaking from the ear muffs. Like the cigars the classroom-style workbenches are kept immaculate, reflecting the quality of the end product and the obvious pride the cigar-rollers take in their work. The stories of dusky ladies rolling cigars on their thighs could not be further from the truth, however there is a very high proportion of women working here, far outnumbering men. 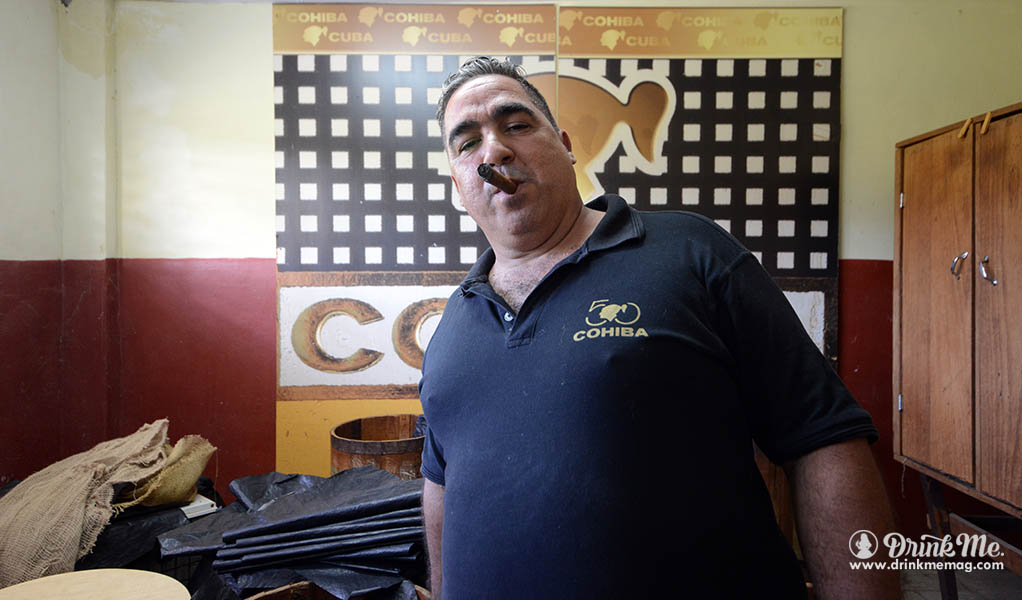 The aroma is intoxicating, but not overpowering, the different subtleties of the tobacco permeating the rooms. Unlike a lit cigar, to a non-smoker the air is not acrid but sweet and with such a density of tobacco leaf in one place, the aromas linger and mix with the atmosphere of hot semi-humid air, to be brushed away by a breeze then intensely build up again with a different aspect of the cigar aroma present.

Once lit, the cigar’s ability to enhance a good rum is unsurprising. Unlike the combination of cigars and whisky or brandy, the link between cigars and rum is a much longer historic partnership. Havana club has produced a rum to be matched with cigars. The largest rum producer in Cuba Havana has partnered with Pernod Ricard in one of the few external partnerships Cuba has entertained. Pernod Ricard distribute and sell what Cuba produces. There are some unique properties of the rum that no company would be able to achieve in a democratic country because of open competition. Havana Club produces rum created by all seven of the rum masters in Cuba, irrespective of which brand they work for. 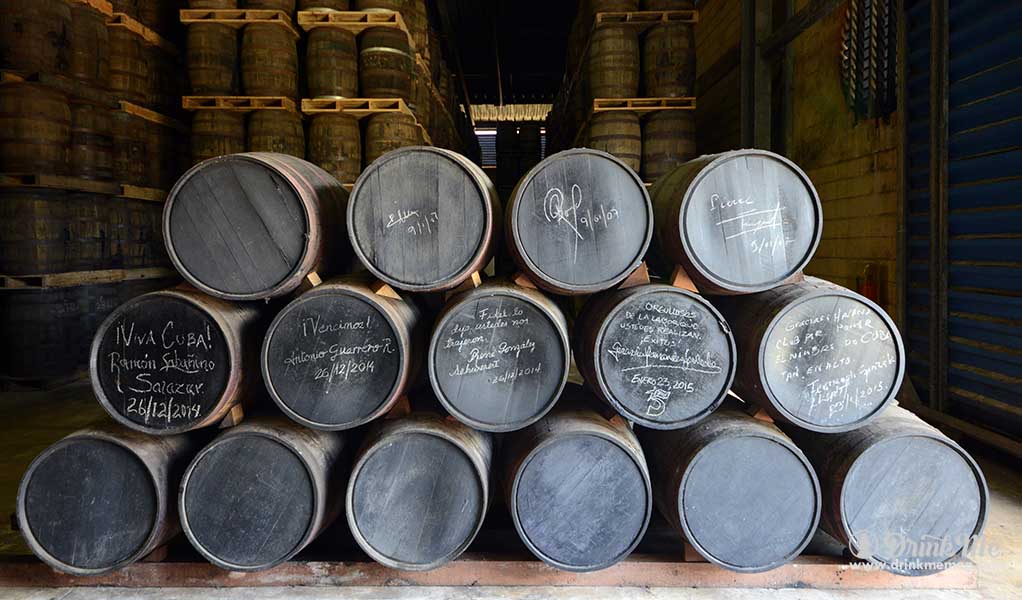 Away from the bars, rum, food and cigars there are other things to see in Cuba: the artists’ areas of Havana, the sugar plantations, Revolution Square and the Che Guevara Mausoluem. There are also links to the era before communism. Old Havana is a UNESCO world hertage site, elegant neoclassical and baroque buildings border cobbled squares and narrow streets. Many of the buildings have been restored to their former glory including the Catedral de San Cristobal, the Palacio de los Capitanes and the Castillo de la Real Fuerza, an impressive military fortress. There is one attraction that is a little more recent in history but equally enthralling. Earnest Hemmingway lived on the Island and wrote several books here, including The old man and sea. His house has been preserved as a museum. Unlike most museums one can’t walk around inside, but rather outside, and look in. This unusual way of viewing the house gives a perfect glimpse into a bygone world. The house does not get worn down by the number of visitors and the interior can have details left in place as if the great man were to step though a doorway at any moment. Like many, this museum has been helped by international investment and expertise, but on a basis that holds no commercial implication for Cuba; there are partnerships.

Partnerships seem to be a theme in Cuba, with the main one being between the tourists and the island. Tourists come to Cuba, and by using a special currency created for them, they add to the economy and in return experience the delights Cuba has to offer. As a visitor there is no opportunity to become involved in Cuba, no holiday homes to be bought, restaurants to invest in, products to import and sell. We can only export their products, we speak about their culture, history and spirit and this brings more people to Cuba to do the same. So although Cuba is unlikely to change quickly, it will change, but at least the terms are being set by Cuba.

Next post Celebration in Bloom: 5 Gin Cocktails for Mother’s Day

Previous post Enjoy a Walk in the Woods with Greenbar Distillery