Craft Spirits Carnival Round Up 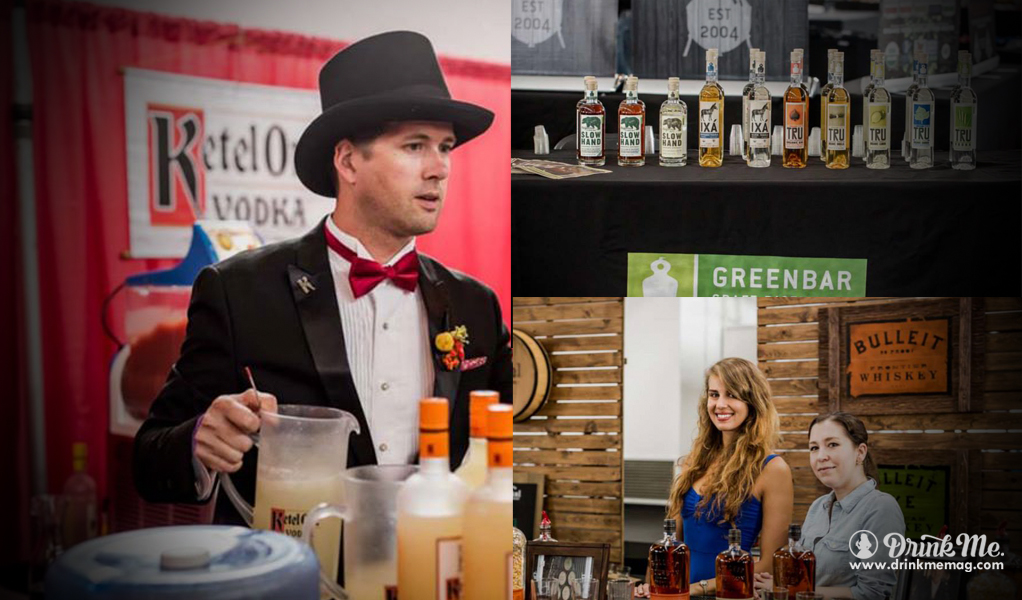 With a ‘try and buy’ opportunity of unparalleled proportions, the question becomes how to maximize the three hours of serious tasting and frivolity. Clearly no mere mortal has a liver ironclad enough to stand up to an entire afternoon of unabated high-proof consumption. Which is why it’s all about planning ahead, assembling a game plan, and enjoying some of the other entertainment afforded to the attendees.

It turns out, they don’t call it a carnival for nothing. Exotic dancers, fire-breathing performers, and sword-swallowing showmen take turns captivating the crowd. When there’s an unyielding flow of Glenlivet 15 and Bulleit 10 Year Bourbon on either side of you, it takes quite a show-stopping performance to lift your head up from your drink, and these particular carnies were certainly up to the task.

To help soak up some of the booze, food vendors offered crepes, bratwurst, assorted charcuterie and gourmet chocolates. There was even a high-end cigar purveyor in attendance. A stogie, a scotch, and a handful of cacao nibs. Living the dream. Speaking of the good life, Ketel One boasted their own luxury lounge, providing drinkers with a club-like environment to get their VIP on.

Supporters of suds were treated to a special surprise, as this year’s Carnival marked the introduction of a Craft Beer Saloon. Brewers from nearby Gordon Biersch and Out of Bounds Brewing were behind the taps, pouring seasonal selections and putting some perspective on their place in the ever-bustling Bay Area beer scene. The latter’s Whole Cone Session IPA stood out as a hop-heavy aromatic ale that doesn’t beat you over the head with alcohol content—a welcome respite from prolonged spirits sipping.

Back to the hard stuff; it was impossible to resist rare, experimental brands, like Sweet Potato Spirits and their award-winning Corbin Vodka. Distilled from the namesake vegetable, it had a unique, velvety mouthfeel and offered just a hint of caramel in the finish. Los Angeles-based Greenbar Craft Distillery—a Craft Spirits mainstay—was a hit with their Grand Poppy Organic Aperitive; an invigorating blend of thistle, bay leaf, citrus, and California Poppy.

But as fun as it is to get adventurous at a gathering like this, you always return to your one true love. For me, it’s always the brown stuff: Bourbon, to be exact. This year’s Craft Spirits Carnival was brimming with Kentucky’s finest. Four Roses, Michter’s, Woodford Reserve, George Dickel, and that’s to speak nothing of the ryes.

By the time last call reared its ugly head, you could almost hear a welcome sigh of relief sweep through the merry masses. For whatever was missed, there was a whole ‘nother day to fill in the gaps. Craft Spirits Carnival is, after all, a marathon not a sprint. And everyone lucky enough to be at Fort Mason on this particular weekend was a decisive winner.