All Green Everything from the Other Half 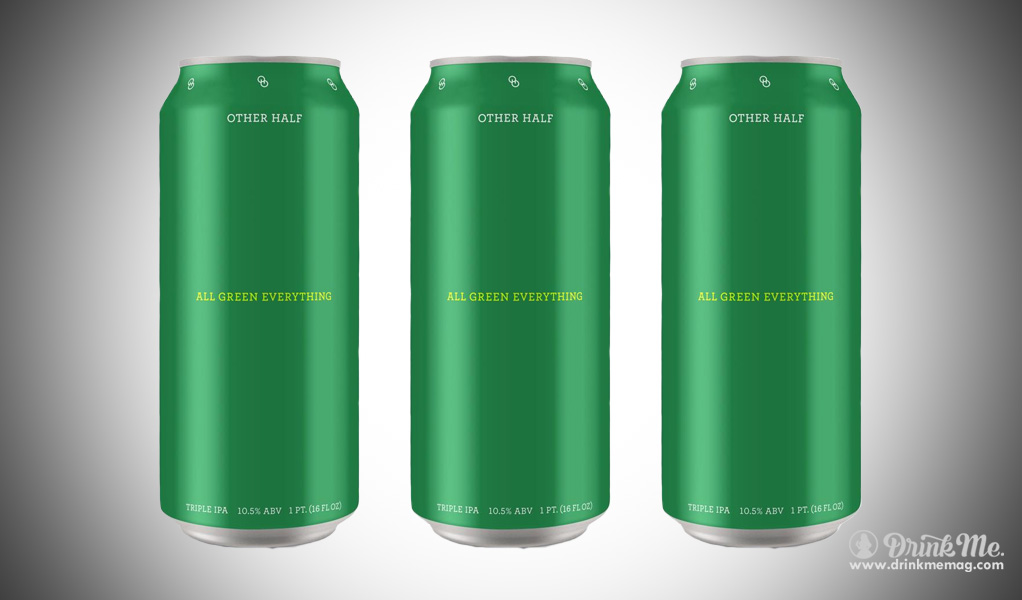 The Other Half is a four-year-old brewing venture founded on friendship and created with collaboration and excellence in mind.  The originators were Sam Richardson, Matt Monahan, and Andrew Burman, and they wanted to create a company where great beer and great business could combine.  As a result, they often collaborate with local breweries in their home state of New York, as well as with like minded international brewers.

In the Other Half’s Brooklyn Taproom, a rotating list of on-tap beer is available in cans, traditional glass bottles, and large takeout jugs known as growlers.  The selection of available beer varies with weekly can releases, often in collaboration with other breweries.  One such “occasionally” available selection is All Green Everything, an Imperial IPA that contains Amarillo, Citra, Mosaic, and Motueka hops.  Bottled at 10.5% ABV, Uncrate describes it as “a hop lovers [sic] dream” that “packs a punch.”