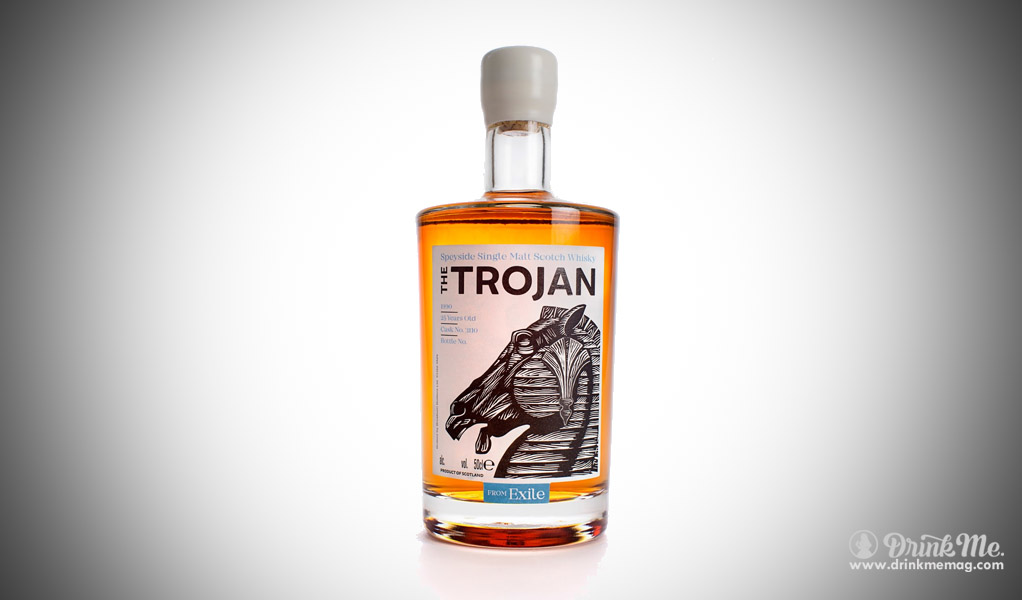 Armed with the mission to “bring quality whisky to the those who are unable to afford the rising prices of the spirit globally,” drink writers Joel Harrison and Neil Ridley have launched Exile Casks:

“The writers turned detective as they took on the role of cask hunters on a journey of discovery searching out the most unusual of all whisky casks, the ones that had just got forgotten, destined for blends that no longer exist, set aside for customers that went out of business or that had simply fallen off stock records.”

In the first release from Exile Casks, Harrison and Ridley unearthed a Speyside Single Malt scotch whose liquid was distilled by one company, but then aged in their competitor’s barrel. Hence, the name “Trojan Whisky;” an ode to the Greeks concealing themselves in a wooden horse to infiltrate the enemy city of Troy and win the Trojan War.