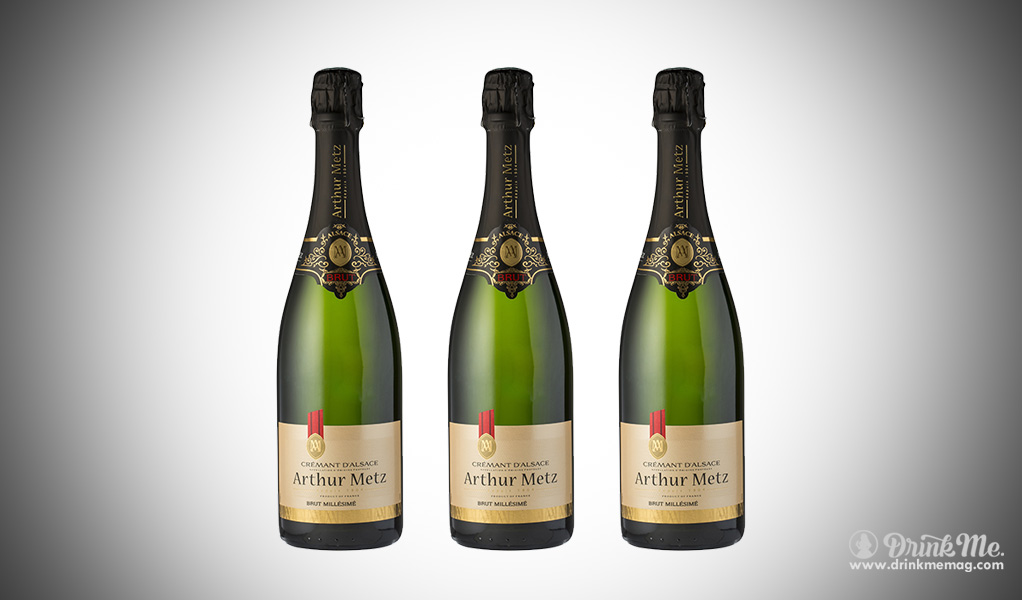 Say bonjour to your new favorite brunch drink! Located in northern France, Arthur Metz Cremant d’Alsace was founded in 1904 and is named after its founder, Arthur Metz. Alsace, while close to Champagne in location, is a drier and sunnier place, creating riper fruit and resulting in a delicious sparkling wine. Arthur Metz’s grapes are sources from northern Alsace and are grown on marl and chalk soils. Sparkling wine has been made in Alsace for over 2,000 years, and Cremant d’Alsace is even more popular in France than champagne!