Pierre Ferrand: Cognac to Mix or to Savor Slowly 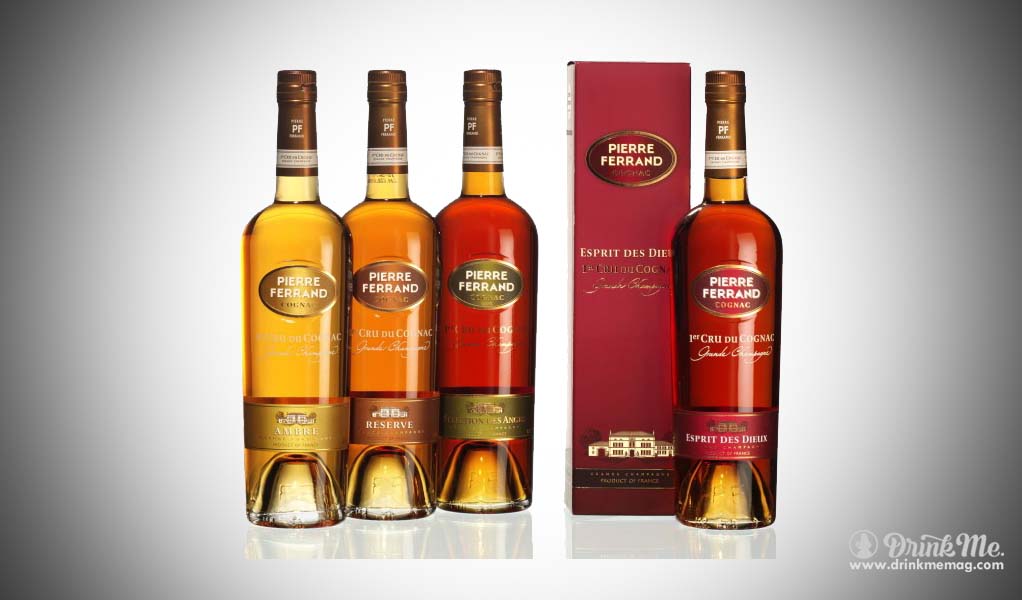 Growing up on a small farm in Southern Burgundy, Alexandre Gabriel traveled to Cognac as a business school student in 1989. The trip was one of several visits to small wineries across France, where Alexandre would apply his developing business acumen to advise and help grow wineries’ businesses. In Cognac, he met the Ferrands, one of the oldest winegrowing families in the region (since the 18th century). The two developed a partnership and 26 years later, Alexandre is still the passionate owner and master-blender at Maison Ferrand.

Pierre Ferrand is the company’s range of distinctive Cognacs, 100% sourced from the vineyards of Angeac, Grand Champagne in the terroir’s extremely chalky soils.

To produce the Cognacs, the distillation process occurs slowly in small pot stills, as the pressed grapes rest on unfiltered lees. The resulting eau-de-vie is collected and aged in small oak barrels kept in seven different aging cellars with varying temperatures and degrees of humidity – controlled and affected by the cellars’ thick limestone walls, various types of floor (e.g., earthen in the humid cellars; cement in the dry cellars), and location. To further add complexity, the Cognacs are aged in different oak casks with progressive levels of toasting. In the final step, fifth generation cellar masters round out the Cognac’s personality through the expert craft of blending.

A brief description of Pierre Ferrand’s range is below, ranging from mixable to savor-each-tiny-sip:

The “Original Formula,” recreated in the mixable style popular for old-school Cognac cocktails (e.g., juleps and punchers) of the nineteenth century. Rich and warm with fruit notes, honey, and spice.

Deep amber-colored. Gentle and mellow on the palate with dried apricot, soft vanilla notes, and a finish of sweet spices and almond.

Must take a line from the product tech sheet for this one: “The density of the Reserve has transmuted into an ethereal and beguiling brew, as if the liquid is on the verge of shifting itself into a gaseous state once again.” Aged approximately 30 years in barrel.

Best savored and sipped slowly, this aged, reddish-hued Cognac has a many minutes-long finish with evolving notes of fig, pears, and baked apples.

About the Author Rebecca Canan

Rebecca Canan writes for Drink Me from New York City, where she spends her days as a marketing professional for a family-owned Italian wine importer. She is founding contributor of Terroirist and holds an Advanced with Merit certification from the WSET. Her articles highlight exciting wine-drinking spots, delicious bottles, and in-the-know pairings discovered in the NYC area – and beyond. A Texas native, Rebecca has traveled to wine regions throughout France, as well as to Portugal, South Africa, and across the U.S. She holds a BA from Duke University (Go Blue Devils!) and earned an MBA from Columbia Business School. Follow her on Twitter & Instagram @WineBec.