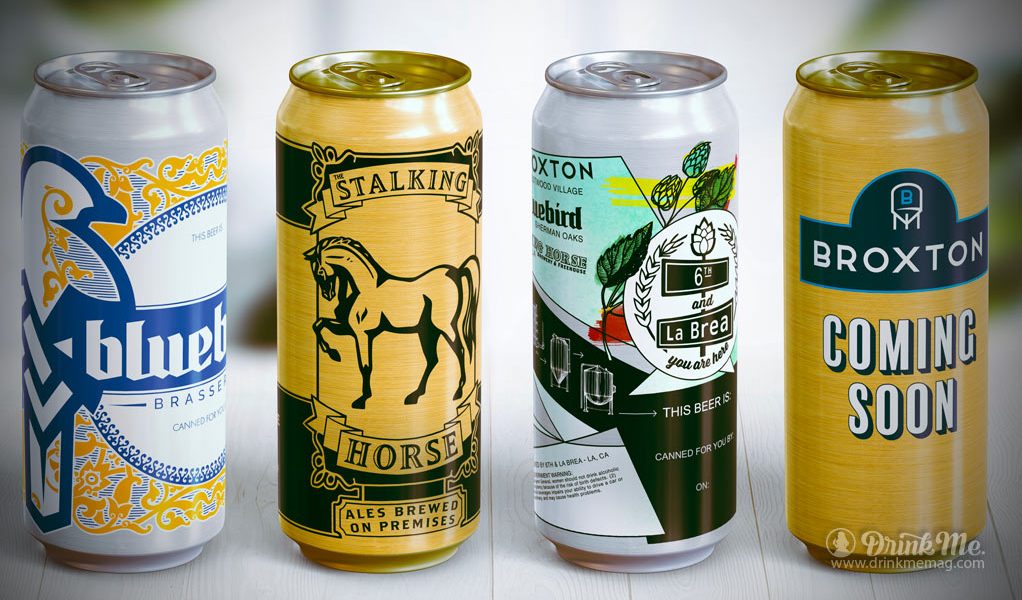 You know and love their freshly brewed beer, from West L.A. to Sherman Oaks, and now you can finally enjoy it at home. Los Angeles brewpubs, The Stalking Horse Brewery & Freehouse, 6th & La Brea Brewery and Restaurant and Bluebird Brasserie are finally serving beer to-go in 32-oz cans called Crowlers.  Crowlers will be coming soon, along with on-site brewing, at Broxton Brewery and Public House. These four brewpubs, which are part of Artisanal Brewers Collective (ABC), have now banded together as New Original Breweries, a name which unifies ABC’s brewpubs—locales where great beer is brewed and served on-site (and now to go!) and delicious, fun food continue to be the focus.

Unlike the more commonly known refillable glass Growlers, Crowlers are machine-sealed, 32-oz cans filled at the brewery with fresh beer from the tap. Crowlers have been growing in popularity in the craft beer world and will now be available at New Original Breweries. For the first week of launch, Crowlers will have a special pricing schedule—starting with $1 on January 7th and increasing by $1 per day, ending at $7 on January 13th.

The four brewpubs comprising New Original Breweries have always been about bringing fresh beer from tank to table, but now they’re sending it right to your refrigerator, to your next party, on your next urban adventure and on your next camping trip. Finally, locally brewed fresh beer from these breweries is something you can take with you.

“We’re very excited to finally offer our beer to go,” said New Original Breweries Director of Operations Paige Reilly. “There is so much great energy in the craft beer scene in Los Angeles, and we’re thrilled to help keep that momentum growing by bringing fresh, locally-brewed beer to guests, whether they’re here at our brewpubs or at home.”

Award winning brewers Noah Regnery, Brandon Edwards, and Ignacio Cervantes continue to lead on-site brewing operations at the four brewpubs. They are known for serving up a wide range of beer styles fresh for guests, from American varieties such as hop forward West Coast IPAs and refreshing blonde ales to English, German, and Belgian-inspired styles that pay homage to each unique brewing tradition, all of which are now available in Crowlers.

Next post OZV Is Refreshed and Ready For You Zin Fans