Journey With Us As We Discover Beer In Southern France 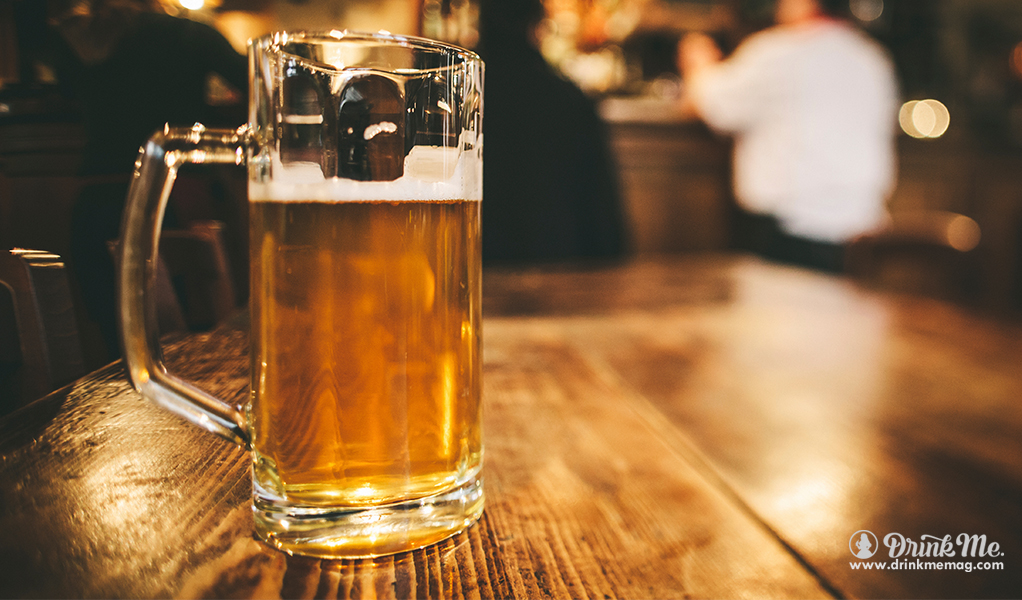 When you order a wine in vine-covered Southern France, you better specify whether you want a Bordeaux, a Syrah, or a Chenin Blanc, and you should probably mention the vintage and estate too.

But when you want a beer, it’s easier to just ask for une pression, a generic term for the beverage no matter the style or brand. And that’s usually what you’ll get –something light in color and even lighter in alcohol – one of any number of European macro lagers brave enough to distribute in France’s most saturated wine regions.

This blasé attitude toward beer is the norm in le Midi. Most bar taps still flow with Heineken and for decades microbreweries have been about as common as a cold dreary day. France’s proximity to the rich brewing areas of Belgium, Germany, and the U.K. has served to bring beer culture to the country’s north and east leaving southern France to its grape-laden destiny.

However, a recent resurgence of local beer has taken shape in southern France. Well-traveled farmers and eager homebrewers inspired by the craft beer revolutions unfolding around the world have been slowly invading hallowed wine territory with dreams of malted barley and hops.

The fight is a noble one. The microbrasseries –the word brasserie means both restaurant and brewery – that make so-called bière artisanal are up against wine-trained palates and have spent the last decade trying to educate the public, build community, and set down roots for a scene that is proving unique among European brewing.

Beer in France: A History

Despite Southern France’s distance from neighboring beer powerhouses, an architectural dig revealed a good omen: one of the oldest known brewing operations in Europe – and the oldest in France – was recently discovered in the Provence region. The crude brewery was identified through sediment and vessel samples at a 2,500-year-old dwelling in an area settled by Celtic nomads.

Researchers say the Celts were known to make both beer and wine during the Iron Age. However, wine proved far more useful for trading with those in other Mediterranean countries, and this historic homebrewing influence was all but washed out by the Roman invasion of wine, which began a few hundred years later.

For most of the modern era, then, French brewing history has existed mainly in the region of Nord-Pas-de-Calais, the northeastern-most portion of the country that was once part of beer-obsessed Belgium. Here, farmhouse breweries were founded in the Flanders tradition, churning out mostly bière de garde, France’s high-alcohol and more malt-accented answer to Belgium’s hoppy dry saisons and its most notable contribution to world-class beer styles.

In 1905, a report found that of the 2,300 breweries in France, only 500 were outside of Nord-Pas-de-Calais, most of them making bière de garde or emulating styles from Germany and Belgium. Then came two world wars, decades of corporate consolidation, and by mid-century the diversity of French beers was obliterated –including most of those being made in the south of France – and replaced with the light lager of macro-beer fame.

But starting in the 1980s, microbrewing began returning to France, first in the historic northern and eastern regions and then in Brittany to the northwest and Rhône-Alpes farther south. It took some time, but the beer bug has continued its southern spread, making France’s four southern regions a melting pot of contemporary brewing.

Southern France: Beer There and Now

In the last ten years, the number of breweries in southern France has nearly tripled. Many of the these breweries were started by well-travelled beer lovers impressed by the variety of styles found nearby in England, Belgium, and Northern France. Partially fueled by the internet’s limitless accessibility to beer-brewing guides, Southern France’s newer breweries still pay homage to the area’s love of terroir by making organic beers with native ingredients.

Brasserie Bourganel typifies these new breweries emerging from Southern France. Started by Christian Bourganel, a local who saw no reason why his home region didn’t have a brewery, the facility opened in the Ardèche region in 2000 and has since grown into one of the largest operations around.

Taking over a shell of a brewery that had been shuttered after WWII, Bourganel is today one of the only Southern French breweries that exports to the States, offering traditional styles like ambreé (amber ale), blonde, and brune as well as beers that incorporate local flavors like the Bourganel au Marrons (chestnuts) and the Bourganel au Nougat (with nougat cream).

Farmhouse breweries are also returning to the rural lands between the Mediterranean and Atlantic coasts as farms begin adding beer to their list of agricultural products.

In the Midi-Pyrenees, Brasserie des Coteaux Oxit was started by a grain farmer who, in 2006, built a brewhouse in his historic barn. And Provence has Cordoeil, a farm, brewery, and inn in Thorame-Basse that also makes another budding French style: deuxgrains, a blanche beer made of both barley and wheat. It feels like a lost cousin to the Belgian witbier.

Even among the vines of Bordeaux, one of the world’s most celebrated wine designations, outfits like Bastide Brewery, started by an English ex-pat, and Brasserie Mascaret, started by a couple native to southern France who lived in Ireland for a year, are bringing British-inspired ales to the epicureans living in France’s southwestern edge.

While even the countryside is onboard, the most recent developments in the craft beer front are happening in the cities along the southern coast, where breweries such as Bière de la Plaine (Marseilles’ first brewery!) are nodding to U.S. brewers with their IPAs and other bitter styles using not European, but American-grown hops.

Bière de la Plaine’s co-owner Salem Haji says it’s not hard being a brewery in a region world-renowned for its wine – “the problem is more to be a craft brewery in an industrial world.”

Today, there are only around five hundred brewing operations in France and about one hundred of them are in the South. With an overall emphasis on balanced, flavorful, bottle-conditioned beers brewed organically and with local ingredients, the burgeoning beer revolution in Southern France reflects much of the region’s other epicurean exploits. Many brewers hope that one day, the region’s products will all be seen as equally refined.

Until then, the wine-soaked portion of this country may not yet be on the global map for beer, but the révolutionde la bière artisanaleis growing subtly, in the sophisticated way for which the French are known.

About the Author Sarah Bennett

Sarah Bennett is a journalist, editor and designer living in Long Beach, CA. She is currently on the editorial board at Beer Paper L.A. and has been a freelance writer for ten years covering music, food, beer, cocktails, art and other cultural things for a variety of local, national and international publications.

Her words can be read in L.A. Weekly, O.C. Weekly, L.A. Record, City Beat Long Beach, Paper Magazine, Beer Advocate, Long Beach Post, CNN.com, Thrillist.com, Drink Me! Mag, Vienna’s Der Standard and more. Sarah is a two-time graduate of the University of Southern California, where she got her BA in Communications and her MA in Specialized Journalism with an emphasis in the arts. She loves hoppy Belgian beers.