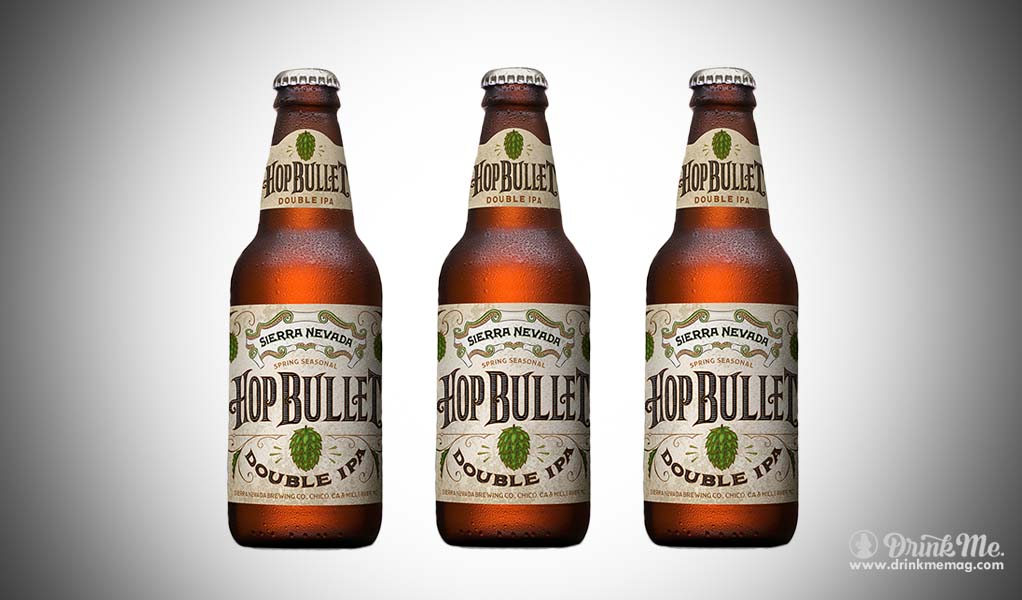 The crew at Sierra Nevada has plenty of notches on their beer belt, but always looking for a challenge, they wanted to add one more by creating a Double IPA. No small task even for veteran brewers, a lot can go wrong when crafting this elevated brew. Double the hops doesn’t always mean double the flavor, and if you aren’t careful, you can end up with a beer that tastes more like cough medicine than perfectly balanced hoppy goodness. But the brewers at Sierra Nevada are professionals, and this isn’t their first rodeo, so it’s safe to say their foray into the land of double hops was a success. And so, without further ado, Sierra Nevada is proud to introduce Hop Bullet.

Hop Bullet gets its name from a brand-new technique in dry hopping, adding a double-barreled blast of Magnum hops and lupulin dust to the IPA. The result is delicious, not to mention genius, and Hop Bullet was born. Using the hop gun loaded with West Coast hops produces an intense pine and citrus flavor that is unlike any other Double IPA. With authentic and bold IPA flavor, and a winning history, Sierra Nevada proves once again they are the sharpest shooters in the West.

Next post Remember The Cocktail Salt This Cinco De Mayo

Previous post How To Do The Beer Salt Thing Right