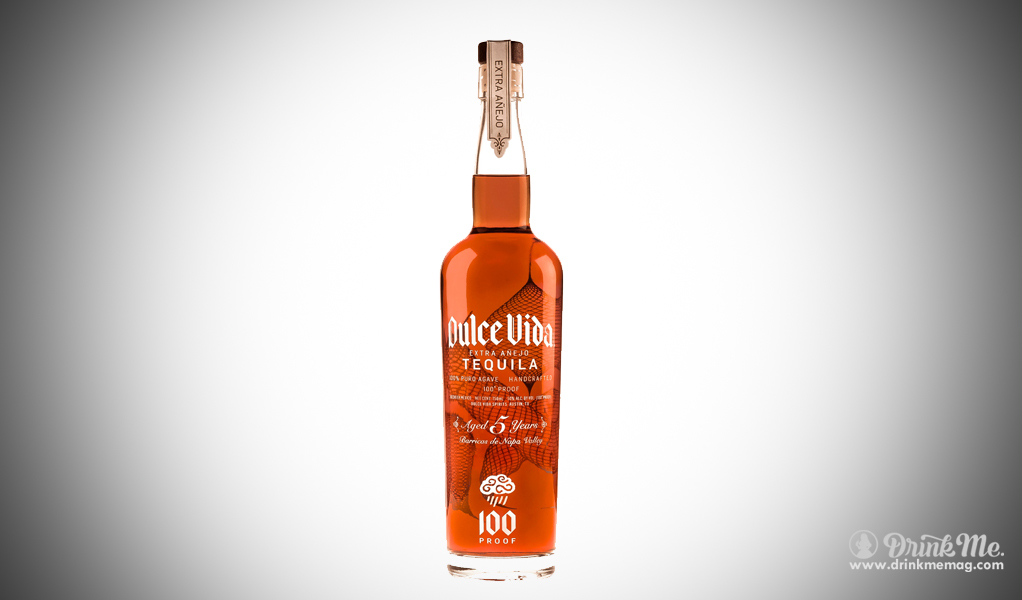 Imagine a five year-old competing in the Olympics and dominating the competition Michael Phelps style. Dulce Vida is that five year-old. Currently celebrating only its fifth anniversary on the market, Dulce Vida tequilas have already racked up 70 accolades. As a way of celebrating their success with the public, the company is releasing a limited release 5-Year Extra Añejo.

Judiciously protective of the quality of its tequila, Dulce Vida offerings are only aged in barrels that have previously been used to store award-winning merlots and cabernets from Napa Valley. This practice not only accounts for the signature amber-saffron of the liquor, but also the sophisticated flavor profile. Like a race-horse born from champion sires, this tequila was comes with award-winning in its blood.

This 5-year extra añejo is a smooth and refined tequila featuring the traditionally robust taste of a 100 proof añejo and emboldened with the subtle tones of cedar, vanilla and spiced oak. Like all Dulce Vida offerings, this limited edition tequila comes in a bottle covered with an original laser-etched design harkening back to Tlaloc, the Aztec god of rain and fertility. It’s emblematic of the Dulce Vida philosophy: respect of traditional excellence, executed with modern flair.