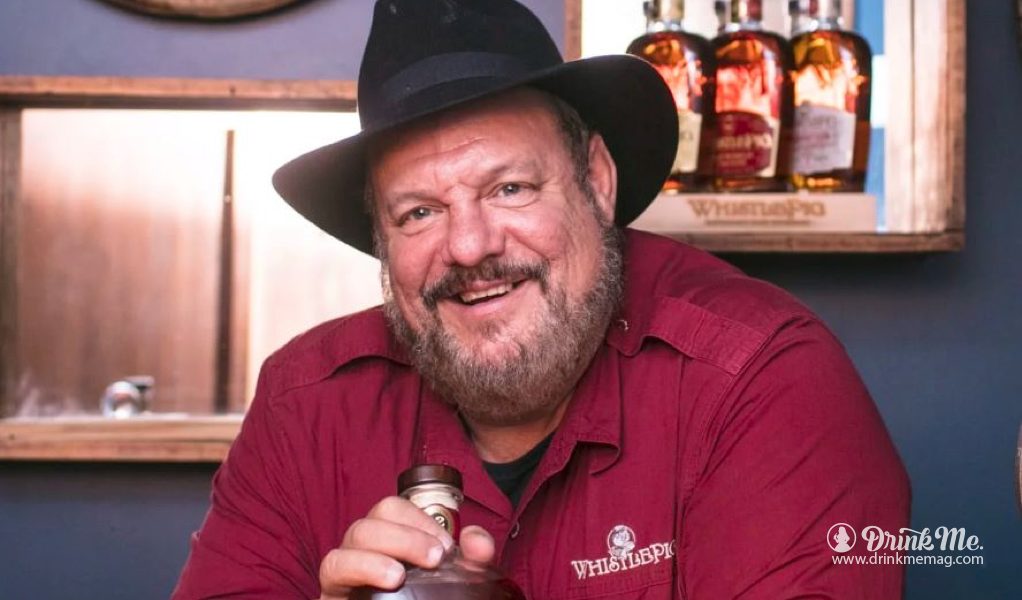 It is with heavy hearts we report Dave Pickerell, the much-loved master distiller behind such icon brands like Maker’s Mark, Whistlepig and Ragged Branch has died.

Dave was a distilling legend, a bourbon & whiskey rock star and a teacher to all who loved whiskey. He was a luminary in the world of whiskey, and is widely known as the nation’s preeminent distiller.

He was the the master distiller at Maker’s Mark for 14 years. He left in 2008 to become a consultant for the craft-distilling movement. In 2009, he helped create and was appointed Master Distiller at WhistlePig—a single estate farm distillery in Vermont. His  goal was to bring authentic rye whiskey back to the United States and create one of the world’s finest ryes. He succeeded and many people give Pickerell credit for bringing attention back to rye whiskey in America. Dave was one of the preeminent figures in modern whiskey. In 2010, he wrote a piece in Malt Advocate discussing his concepts of terroir in whiskey, various barrel aging methods, and other innovative whiskey techniques. He brought those concepts to life as Master Distiller at Hillrock Estate Distillery.  Throughout his long career, he worked with some of the biggest names in the business such as Diageo, Corsair and his latest project, BLACKENED, which was created in partnership with Pickerell, Metallica and Sweet Amber Distilling. The guys in Metallica frequently referred to him as a member of their band, which always made him smile and let out a chuckle.

Dave was born in Fairborn, Ohio. He attended West Point on a football scholarship and earned a B.A. in Chemistry. He then earned a master’s degree in chemical engineering from the University of Louisville. HIs experiments in aging and finishes are legendary. He created the world’s first solera-aged bourbon among many, many other inventions in the spirits industry. His latest efforts were focused on changing the stigma about blended whiskey for the American Whiskey category. Dave often told people “I’ve failed more times than you’ve tried.” And “I’m ok making mistakes, in my industry you drink your mistakes.” He was a true whiskey rock star.

Below are a few words from the people who loved him, worked with him and knew him best.

To us, Dave was family. He was larger than life and truly part of the WhistlePig fabric. Working with him never felt like work. It was his passion, humor and storytelling that helped this brand come alive. Saying we are going to miss him isn’t enough, and we will continue to honor his memory and keep him in our stories and our hearts.

The Metallica family is stunned and in disbelief at the loss of our friend and partner, Dave Pickerell. He was not only a mentor and friend, we considered him a member of Metallica. We learned so much from Dave in the all too brief time we had together. But more than anything, Dave was our good friend and we will miss him tremendously. In his passion for his craft, we found a truly kindred soul. Dave lived to see people enjoy what he created, and we enjoyed every minute of our collaboration on our Blackened Whiskey with him.  And judging by the smile on his face whenever we were together, we think the feeling was mutual.

We are so incredibly saddened to learn of Dave Pickerell’s passing. Dave was not only one of the most forward thinking and groundbreaking distillers to ever walk the earth, he was also a great friend. He was kind soul with an unstoppable passion for his friends, family, and for the world of whiskey. He will be greatly missed as a friend and as a legendary member of the spirits industry family.

Dave was a true industry icon, with an amazing wealth of knowledge and a personality to match. He has rightly been called the “Johnny Appleseed” of craft distilling and has changed the face of spirits and touched the lives of many. Over the past eight years we developed a deep friendship working together to build Hillrock Estate Distillery, from the idea of creating a world class “field-to-glass” whiskey distillery on or farm in the Hudson Valley to an exciting reality.

We appreciate all his help and guidance and will miss him dearly. It is with great sadness that we give our condolences to Dave’s family and friends for their loss. I hope they can take some small comfort knowing that his legacy will certainly live on at Hillrock.

There is only ‘one’ Dave Pickerell. A modest man who had an immense talent for creating great things – be it distilleries, whiskeys, or relationships – he was larger than life. His family were his friends, and friends were his family. As a Master Distiller he was a true story teller. In the end, I believe his legacy will be his greatest story.

Dave Pickerell was a true icon in the distilling world, and an innovator and mentor to so many.  With Bill Samuels at Maker’s Mark, Dave helped launch the premiumization of Bourbon, a trend that has swept around the globe.  He was a leader of the original team of distillers involved in the restoration of George Washington’s Distillery and the recreation of the first rye whiskey at the site in 200 years. That effort in the early 2000s sparked the revival and subsequent boom in Rye whiskey that followed.  And, through his teaching, consulting and friendship, he was a founding father of the craft distilling movement that is exploding in the United States.

We are deeply saddened to learn of Dave Pickerell’s passing. Dave served as master distiller for Ragged Branch, teaching us onsite at our farm in Charlottesville the time-honored, old-school methods of producing straight bourbon, as only he could do.

We will miss his passion for the craft and his larger-than-life personality but are incredibly grateful for the time we had with him and the firsthand knowledge he passed on to us to be able to produce the finest, most authentic Virginia straight bourbon possible. Our thoughts and prayers are with his family, friends and everyone else affected by his passing.