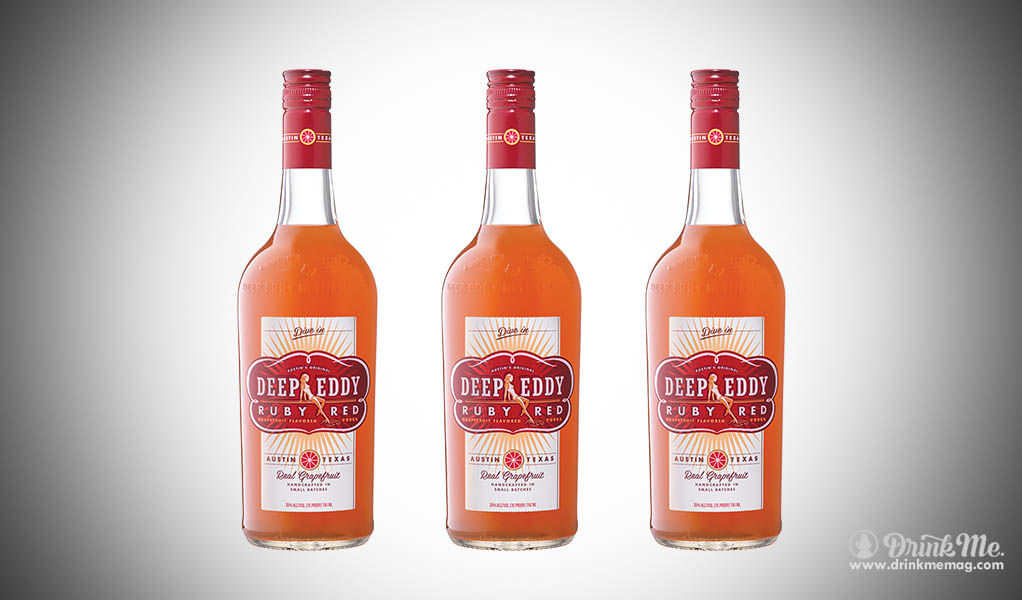 Located in Austin, Texas, Deep Eddy Vodka’s distillery just keeps on growing. Using only natural ingredients and ten-times distilled, Deep Eddy’s Vodka releases seven different flavored vodkas that can be found in liquor stores in all fifty states. Recently, they formed a partnership with Southwest Airlines, and are now sold in-flight, bringing them literally higher than ever before.

Deep Eddy’s Ruby Red vodka is tangy sweetly bitter—it’s made with real grapefruit juice. That, and Deep Eddy’s award-winning, gluten-free vodka make one of the tastiest flavored vodkas out there. Like all other Deep Eddy vodkas, it is ten-times distilled in their Austin location. It’s beautiful pink color and striking bottle design are sure to catch the eye. This vodka can be enjoyed straight, mixed with a variety of other beverages (Deep Eddy is partial to club soda), or even while travelling to your next vacation!